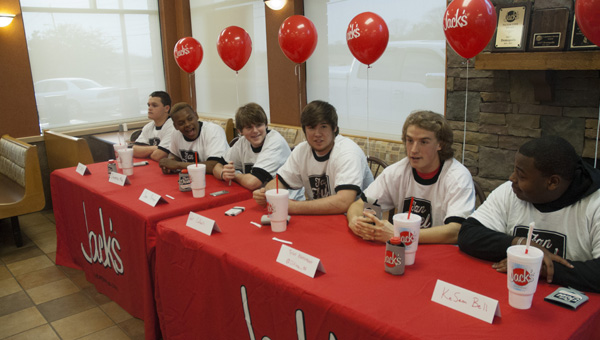 This year, the Foundation sold 315 tickets, which is an increase from last year according to DCSF Director Amanda Barnes. The tickets were $5, and the funds generated from the event will go directly to the classroom grants program. Grants go to fund classroom requests from teachers in efforts to enhance the classroom experience.

Davontae May struggles with his pancakes.

During the pancake supper each year, members of the Demopolis High School football team come out for a pancake eating contest. The players are given three and a half minutes to eat as many pancakes as they can. 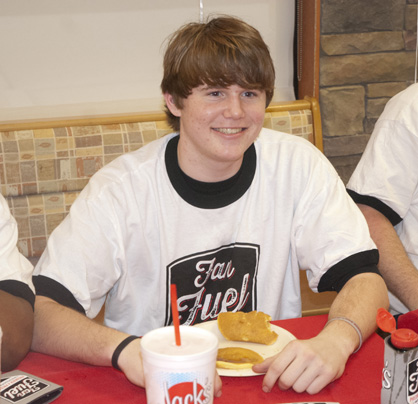 Sam Renner won the contest by eating 11 and a half pancakes in three and a half minutes.