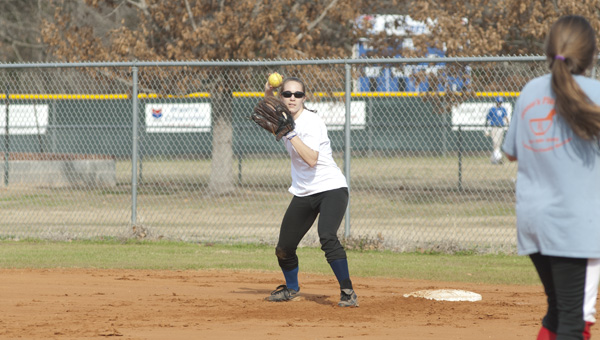 Riley King throws the ball back to the pitcher during practice.

The Demopolis High School softball team opened its season with a 10-2 win over Washington County on Tuesday.

Head coach Joey Browder said the team played well together, especially for the first game of the season.

“It was a total team effort, and that’s what we have to have all season long,” he said. “We played well defensively, and that has to continue for us to be successful.”

He added that hits were scattered through the lineup, which is what the Lady Tigers will have to do this season. 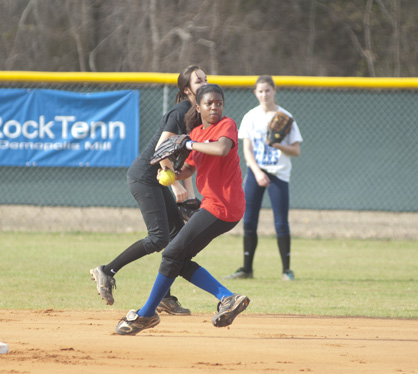 Jessica Adams loads up to throw a runner out during practice.

As the season progresses, Browder said the whole team will end up being leaders for each other. Seniors Riley King and Grace will help lead the team on and off the field, but each player will have to contribute, according to Browder.

“We’ve got different kinds of leaders this year,” Browder said. “Everyone will have to lead in their own way. Teamwork is the key for this team. We aren’t going to focus on our youth because that’s obvious. We just have to focus on improving from day to day.” 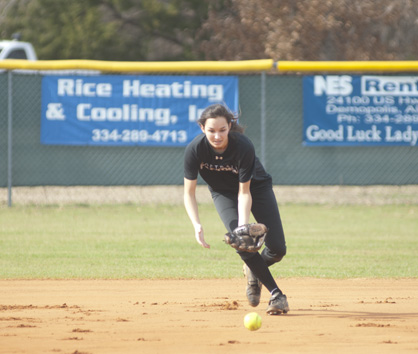 Their first tournament of the year is this weekend when they participate in the Patriot Classic in Tuscaloosa. The Lady Tigers will face Tuscaloosa County, Vestavia High School and Curry High School during the tournament on Friday.

“We’re looking to see how the girls respond to adversity,” he said. “Those will be some tough games, and we have to get used to that.”

Browder said the team’s goals, while not outlined on paper, are to continue to improve every day and to take care of each other.

“If we get better every day, and if we take care of each other, we’ll have a successful season,” he said. “We haven’t sat down and listed out our goals, but we’ve just gone to work. If we do what we’re supposed to do, we’ll get to the state tournament in May.”

The Lady Tigers first home game will be Tuesday, Feb. 25 against Brookwood High School at 5 p.m.