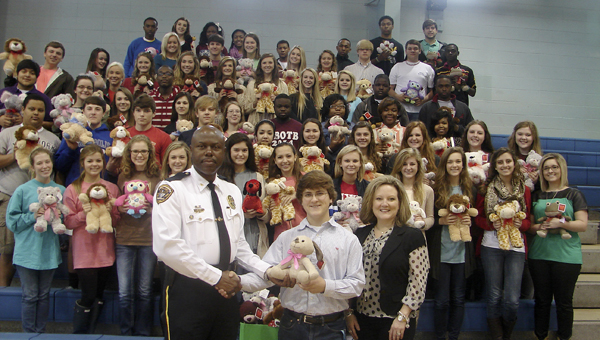 A total of 300 stuffed animals were given to Demopolis Police Chief Tommie Reese for his officers to use while out in the field.

Officers will carry animals in their patrol cars and hand them out to children when responding to situations like the arrest of a parent or DHR cases.

“Our hope is that some of the fear will be taken out of the situation for the children,” said Connie Davis, DECA sponsor. 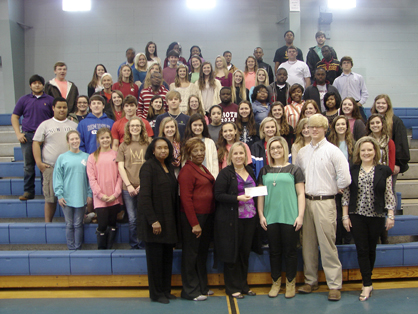 The stuffed animal drive was part three of a “Drugs are Scary” campaign. Back in the fall, DECA invited the drug task force to speak to DHS students about the dangers of drug use. The second phase was a haunted house around Halloween, which raised $1,200 for the Drug Task Force.

The chapter has also made a donation to the Demopolis Historical Preservation Committee.

The club put on a downtown event Nov. 23 that included a Christmas tree decorating contest, “reindeer” games, pictures with Santa, and horse and buggy rides.

“Our goal was to bring citizens downtown and inform them about our project while having fun and supporting the local businesses at the same time,” Couch said.

The event raised $700, which was presented to the preservation committee on Feb. 19.

“We want to thank anyone who helped in anyway with the project, it would not have been successful without you,” Casper said.