DHS tennis falls to Hillcrest, looks ahead to Bryant

The Demopolis High School boys and girls tennis teams dropped their matches to Hillcrest-Tuscaloosa on Wednesday.

The girls lost 5-4 and the boys lost 7-2. Meredith Hill and Sarah Culpepper won their doubles match 8-2, and Hill, Anna Ezell and Madeline Warren won their singles matches 8-1, 8-3 and 8-6, respectively.

On the boys side, Kyle Woodruff and Carson Parten won their doubles match 8-4. Parten was the only boy to win on the singles side with an 8-2 win. 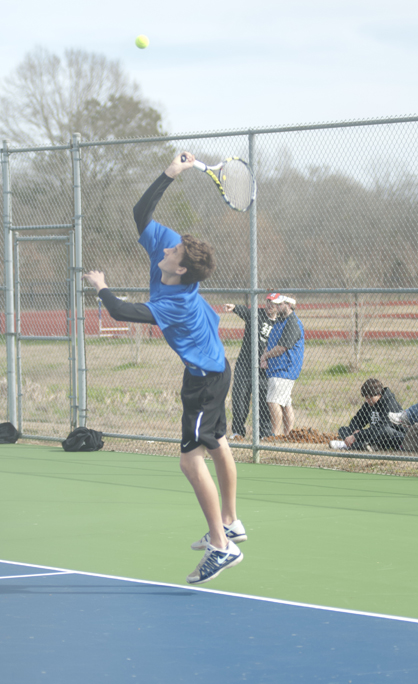 Head coach Clay Massey said he’s seen improvement out of both the girls and boys teams this season.

“The boys are improving,” he said. “We’ve got a long way to go, but that’s to be expected with three first-year players. I’m happy with their progress, though. The girls are about where we need to be. We’re doing well, but we have to keep getting better for the postseason.” 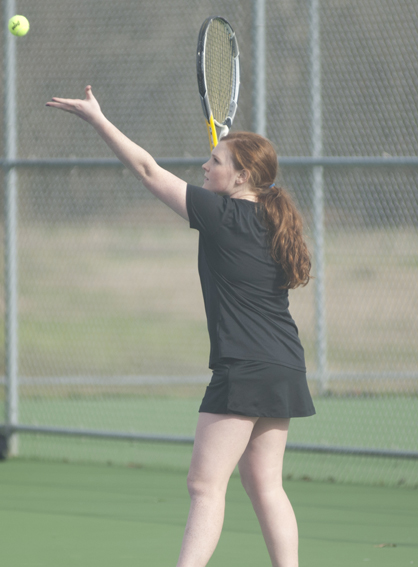 Meredith Hill gets ready to serve.

The Tigers faced Walker on Monday and both the girls and boys lost 9-0 in the match. They faced Sipsey Valley on Tuesday and the boys won 8-1 and the girls won 9-0.

Their next match will be Thursday, March 20 at home against Paul W. Bryant.

“That’s a big match for us,” Massey said. “We need to have a good showing that day.”