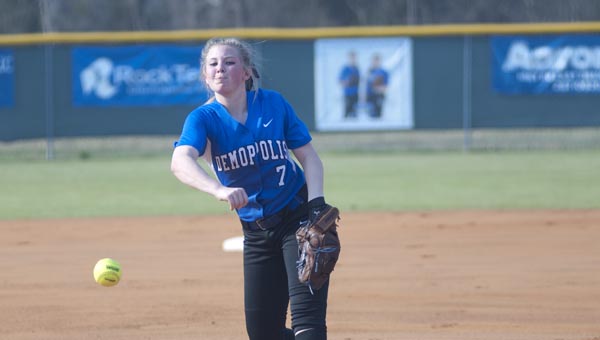 The Demopolis Lady Tigers had a rough outing Monday night against Clarke County in a 9-0 loss.

The Lady Tigers committed six errors in the game, which were a big part of the outcome of the game.

The game remained scoreless until the top of the fourth when the Lady Bulldogs plated three runners to take a 3-0 lead. Tanisha Chapman, Twyla Early and Kiana Barganier scored for Clarke County in the fourth. In the fifth, the Lady Bulldogs scored three more to take a 6-0 lead. Sally Jordan, Chapman and Early crossed the plate in the fifth.

Over the weekend, the Lady Tigers earned their first area victory of the season with a 4-3 win over Greenville.

Demopolis will be back in action Tuesday on the road at Tuscaloosa County. They will also be on the road Friday at Clarke County, then will return home Monday to face ACA.