The Demopolis Board of Education approved the 2014-15 school calendar during Monday night’s board meeting.

The board no longer has to follow the school calendar bill, but the calendar will be similar to the one for the 2013-14 school year.

Superintendent Dr. Al Griffin said school will start earlier and the students will get a full week for Thanksgiving, and school will be out by Memorial Day.

With the new calendar, students will start school Monday, Aug. 11 and will get out Friday, May 22, 2015. The student holidays will be as follows:

The board also approved an agreement with Project Lead-The-Way, which will help the system expand its automation and robotics studies. This school year was the first for the system to have a robotics course, which is at Demopolis Middle School.

“This is an excellent program, and it will be a positive for the robotics program that was so impressive this year,” Griffin said. “We’re excited to implement this program.” 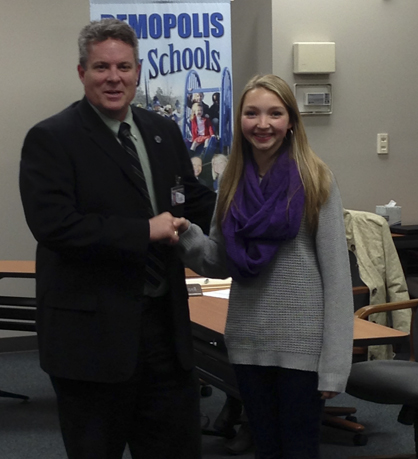 Colgrove and other members of the Junior Beta Club will attend the national competition in Richmond, Va., in June.

In other business, the board took the following action:

•Approved overnight travel for the U.S. Jones enrichment students to travel to DeSoto Caverns in Childersburg on March 20-21

•Approved the financial reports from February

The board also approved the following personnel recommendations from Griffin:

•Name Brad Daniels as assistant DHS soccer coach. Daniels is the head coach of the soccer team, but he also fulfills the duty of an assistant coach by coaching the JV team as well as varsity.