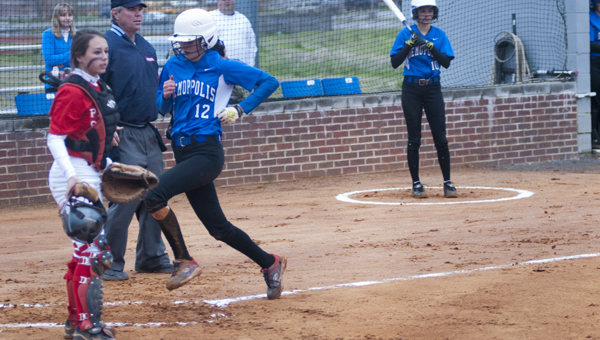 Courtney Smith comes across the plate for Demopolis in the first inning of their game against ACA.

The Lady Tigers took a 1-0 lead in the bottom of the first. Courtney Smith led the inning off with a triple and she was brought in on a sacrifice bunt from Abby Latham.

ACA was able to take a 2-1 lead, but in the bottom of the sixth, the Lady Tigers tied the game at 2 on a RBI single by Kendall Hannah that brought in Holli Gandy.

In the top of the seventh, ACA took a 5-2 lead on a three-run home run to give the Lady Patriots the win. 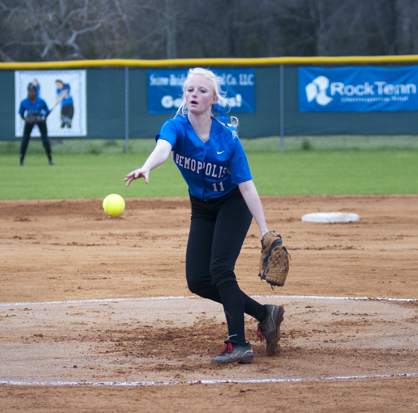 DHS head coach Joey Browder said he felt good about the way his team played despite the loss.

“We left runners on base in the sixth, and we didn’t get it done in the seventh,” he said. “We did a whole lot better at the plate than we have been doing, and that’s a good sign. We made some mistakes, but they’re things we can correct.”