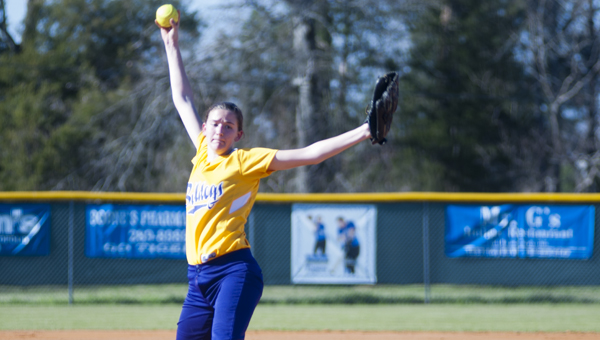 The Sweet Water Lady Bulldogs weathered the storm of a Demopolis comeback to win 11-9 Thursday afternoon in Demopolis.

Sweet Water came out with hot bats early in the game to build a big lead before Demopolis was able to come back and take a late lead. The Lady Bulldogs kept fighting and were able to come out with the win.

Both teams went three-up-three-down in the first inning, but the Lady Bulldogs were able to put four runs on the board in the second inning. 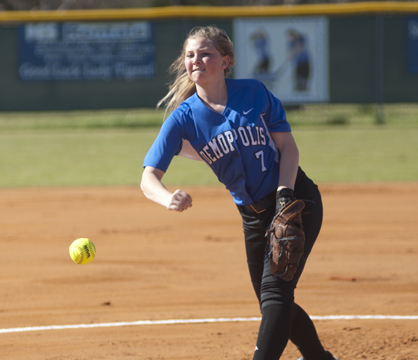 Demopolis responded to two runs of their own in the bottom half of the second. A two-RBI single by Julia Veres brought Jade Montgomery and Cameron Thomason in to score.

Sweet Water added to their lead in the third with three more runs. A two-RBI single by Retic scored Katherine Lewis and Bailey Brunson, then a groudout RBI by Haley Norris brought in Retic to give the Lady Bulldogs a 7-2 advantage.

Sweet Water added one more run in the fourth with a RBO single from Kayla Marshall that scored Emily Brewer, who was running for Brunson.

After Adams scored, Courtney Smith singled with runners on first and second. Riley King came around to score, then a throwing error allowed Abby Latham to cross the plate. Latham collided with the catcher at the plate, which allowed Smith to come all the way around to score, tying the game at 8-8.

Neither team was able to score in the fifth inning, and Demopolis ended a Sweet Water rally with an unassisted double play by Baleigh Grace.

Demopolis took their first lead of the game in the sixth on a RBI single by Montgomery that brought Smith across the plate.

In the top of the seventh, Sweet Water plated three runs to take the lead that would give them the win.

The Lady Bulldogs loaded the bases, and a bases-loaded walk to Landrum brought in Retic. A sacrifice fly by Shelby Thompson scored Singley, then a passed ball allowed Norris to score, giving Sweet Water the 11-8 lead.

Demopolis head coach Joey Browder said he liked the way his team battled in the game.

The loss drops Demopolis to 6-15 this season. They will travel to Gulf Shores for the Gulf Coast Classic on Monday, March 24.