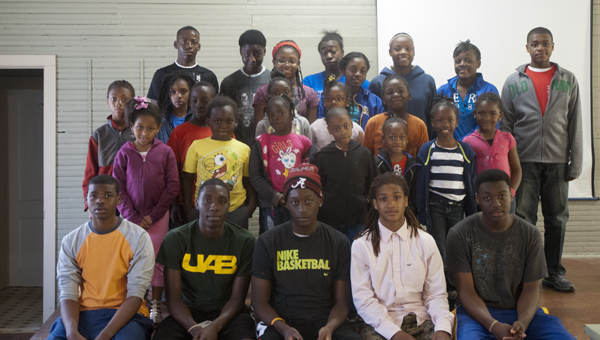 The Jefferson Community Center welcomed as many as 49 children to their Spring Fling Event on Monday through Wednesday. Wednesday’s group of 26 children are shown above.

The Jefferson Community Center hosted a three-day event for local students that stayed in town on spring break.

The Center’s Spring Fling Event brought out as many as 49 children during the event held Monday, March 24 through Wednesday, March 26.

On Monday, the event started with a meet and greet for the children. In addition to the refreshments served each day, there were card games, board games, a coloring contest and a movie for children to enjoy.

On Tuesday, a three-on-three basketball tournament was held, as well as a girls nail expo, card games, a movie and musical chairs.

Program coordinator Virginia Norman said the program gave local children an opportunity to get out of the house during spring break.

“It gives the kids a chance to meet other children they may not go to school with,” she said. “It also helps keep them active instead of sitting at home all week. A lot of them are happy to get away from the house for a few hours to come play and have fun.”

Norman added that the Jefferson Country Store also donated gift certificates for the Spring Fling, which she said was a fun prize for the children.

The Jefferson Community Center has been incorporated since 1973. Norman said they recently received a grant from the Blackbelt Community Foundation to help renovate the building.

“We’ve got plans to start having a movie night every other weekend during the summer for kids to have somewhere to go,” Norman said. “We’ll do a movie and have card games, board games as well as some tutoring and teaching about different cultures.”

The Center will also host parties, reunions and other events.