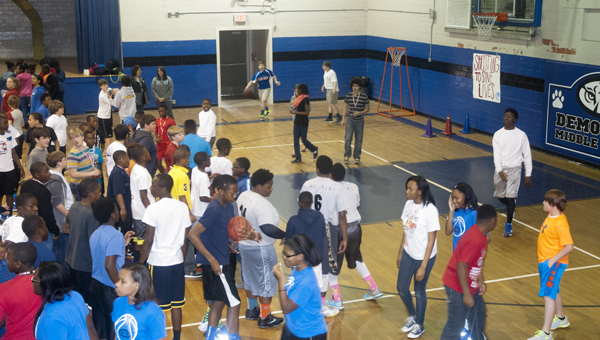 Demopolis Middle School exceeded their 2013 total for the Hoops for Heart fundraiser by close to $1,000.

DMS students raised a total of $9,303.86 this year for the American Heart Association in the annual Hoops for Heart campaign, plus another $250 from concessions the day of the event. Last year, the students raised $8,376. More than half of the students at Demopolis Middle School participated in the fundraiser.

Students who raised money were able to participate in a fun day Friday, March 21 to participate in different games and activities in the DMS gym, including three-on-three and four-on-four basketball tournaments, a three-point contest, a dance contest and more.

DMS basketball coach Jesse Bell said he was proud of the students for their hard work in raising money. 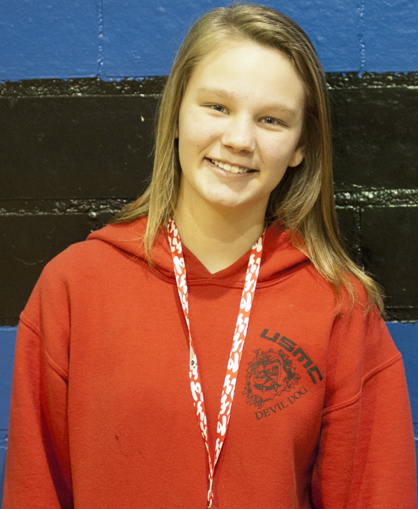 Hope Vann was the top fundraiser for Demopolis Middle School for Hoops for Heart. She raised $427 for the event.

“I’m proud of the students and the community,” he said. “A lot of people reached out and helped these kids raise money for a good cause. It’s always great to partner with the American Heart Association.”

In addition to raising money for a good cause, Bell said the event was good for the students as well.

“It promotes heart health and it helps them learn how to eat better and exercise better to be more heart healthy,” he added.

Bell also offered an incentive for students to be the top fundraiser for the school. He gave away two tickets to an Atlanta Hawks basketball game to the student who raised the most money.

Hope Vann raised $427 to top the charts for the school, earning the tickets to the Hawks game against the Portland Trailblazers on Thursday, March 27. 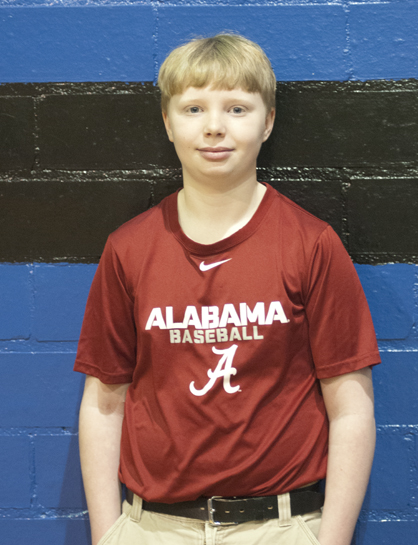 Dakota Patterson was the second highest fundraiser at DMS, raising $395.

Dakota Patterson raised the second most in the school with $395.

Bell said at the halfway point of the fundraiser, he was worried the school would come up well short of their $10,000 goal.

“At the midway point, we had only brought in around $2,000,” he said. “A lot of money came in during the last few days. I want to thank the parents and the community for helping us raise the money.”

Over the last three years, Demopolis Middle School has raised $27,278 for the American Heart Association.