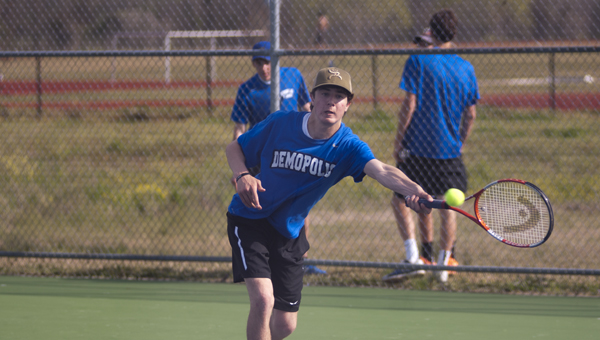 Jacob Browder lunges to return a hit in Demopolis’ match against Sipsey Valley on Monday. Browder won his singles match 8-5.

The boys team won in a clean sweep 9-0 over the Bears. This match was rescheduled from earlier in the year due to a rainout, and five of the six seeds on the girls team missed the match because of cheerleading tryouts. The girls fell to the Lady Bears 5-3. 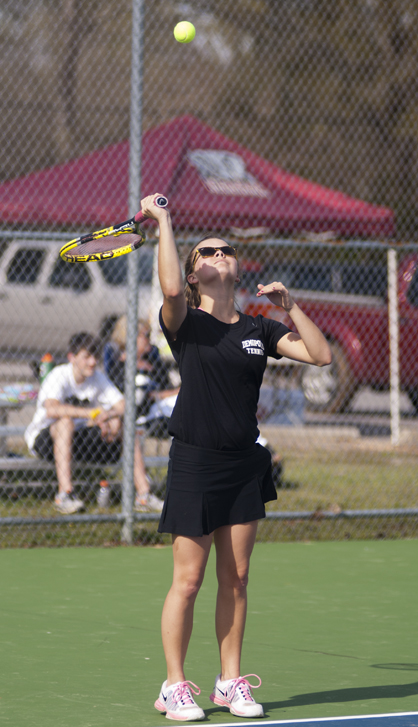 The following are the results from the boys match:

The following are the results from the girls match:

The Tigers will be back in action at home Tuesday against Jackson before hitting the road for two matches at the end of the week. They will face Central-Tuscaloosa on Thursday and Hillcrest-Tuscaloosa on Friday.