Two people were arrested Wednesday night in Demopolis after being allegedly found with a methamphetamine lab. 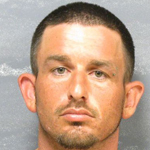 Carroll John Martin and Tia Star Nichols were arrested on multiple charges. DPD Chief Tommie Reese said an officer witnessed a “hand-to-hand transaction” at the Red Carpet Inn, and when he went to investigate, he found a meth lab in a backpack. 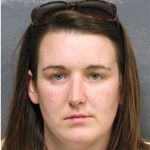 “Our officer was out on patrol and just ran up on it,” he said.

Task Force Commander Clint Sumlin said officers found a six-month-old baby in a car, along with some finished product. The child was turned over to DHR.

Sumlin said the lab was what’s called a one-pot cook, or “shake and bake.”

He added good patrol work by DPD officer Shane Bedsole made this case.

“It was really good patrol work by a rookie officer,” Sumlin said. “He saw something that didn’t look right, and he went after it.”