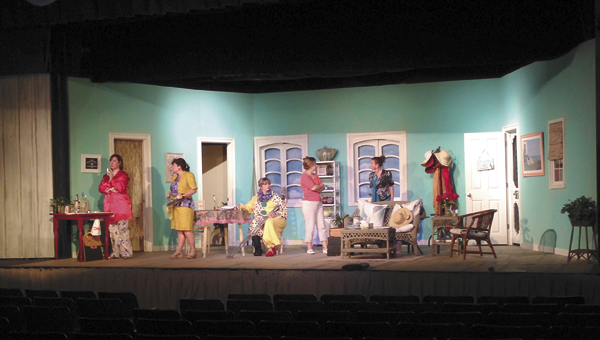 Demopolis will turn into a mini-Broadway this week with two productions hitting the stage.

“Modern Millie” will open first on Thursday night at DHS.

The production is a joint effort of the theater and choir programs. The show will be performed Thursday, April 10 through Sunday, April 13 in the school’s auditorium.

“Modern Millie” will begin at 7 p.m. Thursday through Saturday and at 2 p.m. Sunday. Tickets are $6 for all ages and will be available at the door.

The show is a romantic comedy about Millie Dillmount, a girl who moves to New York City from Kansas in the 1920s to become a modern woman. Director Jody Tartt said the students love the 1920s and wanted to do a show set in that era.

The Canebrake Players will present “Dixie Swim Club” on Friday through Monday night at the Old School on Main.

It’s a story about friendship and camaraderie, dating back to the club members’ time together on their college swim team.

The Friday, Saturday and Monday shows start at 7 p.m. Sunday’s matinee is at 2 p.m.. Admission is $10 for adults or $7 for students.