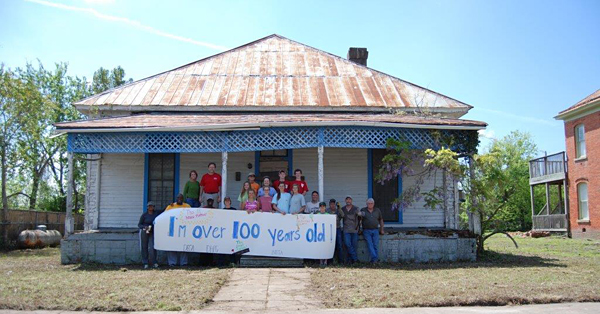 Volunteers helped the Marengo County Preservation Commission clean up this property on Washington Street during Saturday’s “Renew Our City.” Other volunteers worked in the downtown area and along Alabama 43 coming into town.

Renew Our City was held last weekend by the Demopolis Beautification Commission, the city of Demopolis and several other local businesses and organizations.

Diane Brooker, chairman of the Demopolis Beautification Commission, said she was pleased with the work that was done between Wednesday, April 9 and Saturday, April 12. 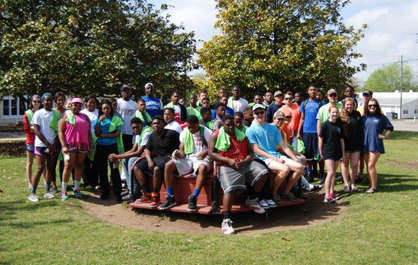 “It went very well,” she said. “We had more than 100 volunteers come out to help over the four-day event.”

The focus of this year’s Renew Our City in Demopolis was the north end of town. The Demopolis Historical Preservation Commission was also working to improve the property at 404 East Washington Street.

“I think the north end of town looks great,” Brooker said. “That was our main focus for the weekend, and I think everyone did a great job improving it.”

She added that there were as many as 49 students that showed up at the park downtown to pick up trash. 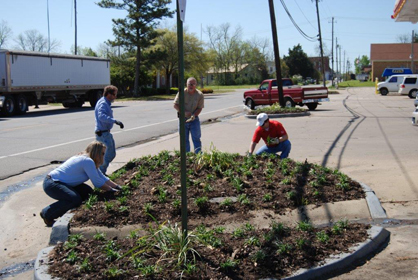 “Demopolis’ football team was well represented, as well as DECA, the Boy Scouts and Cynthia Phillips’ classes,” Brooker said. “We had a really good turnout.”

“I was hoping we’d have more than last year, but I was floored by the participation this year,” she said. “It really looked like people all around town got out to work in their yards to make the community and the city look better.” 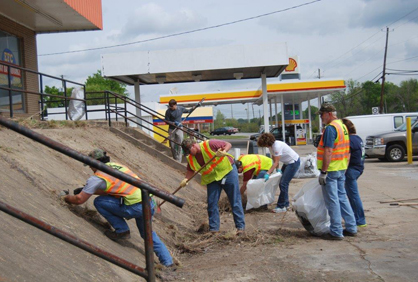 Volunteers clean up alongside Alabama 43 coming into downtown Demopolis.