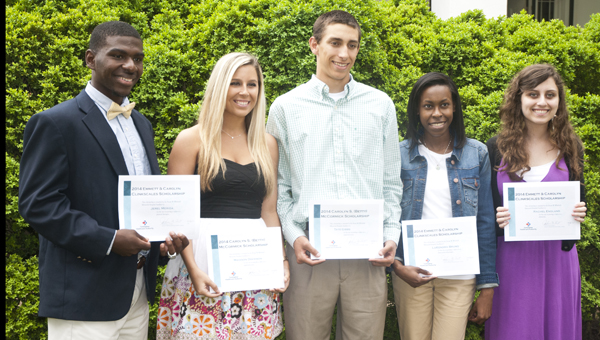 Each year, the hospital’s Auxiliary gives out scholarships to local students who plan to study healthcare in college.

Half of those earned the Carolyn S. “Betty” McCormick Scholarship, which is given to children and grandchildren of BWWMH employees. Those students are:

•Madison Davidson, daughter of David Davidson in management information systems. Madison attends the University of West Alabama and plans to be a registered nurse.

•Tate Gibbs, son of Chris Gibbs in the emergency room. Tate attends Sweet Water High School and plans to be a registered nurse.

The other three students were awarded the Emmett and Carolyn Clinkscales Scholarships, which is open to the general public. Those students are:

•LaKendra Bruno, a student at Demopolis High who wants to be an ultrasound technologist.

•Rachel England, a student at Demopolis High who plans to by a physician.

•Jerel Merida, a student at Jackson High who wants to study physical therapy.

Carolyn Bell was named the 2014 Volunteer of the Year. She joined the Auxiliary in June 2012. Since then, Bell has helped with many events and chaired the Love Lights campaign at Christmas. She is currently vice president. Auxiliary members were recognized for hours of service in 2013. 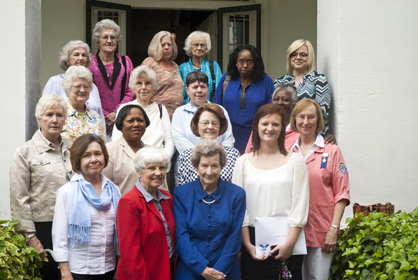 Shown are some of Bryan W. Whitfield Memorial Hospital’s Auxiliary. The members were honored for their volunteerism Tuesday during a luncheon at Lyon Hall.

Receiving bronze awards for 100 to 249 hours were:

Receiving silver awards for 250 to 499 hours of service were: