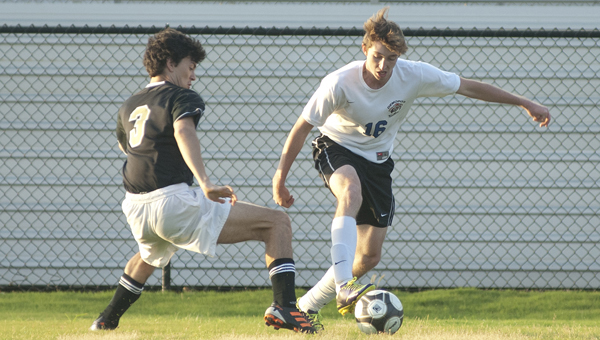 Demopolis’ Austin Brooks makes a move to get around his defender.

The Demopolis High School soccer team’s season came to an end Wednesday night in a first round playoff loss to Walker.

The Tigers fell 3-2 to the Vikings in a physical contest. 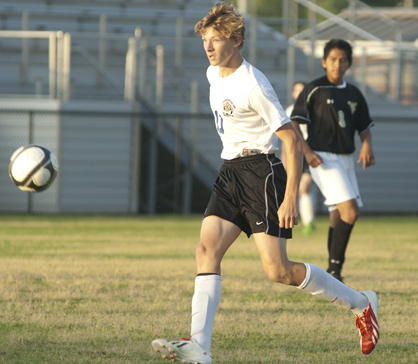 Adam Brooker looks the ball in to attack the Walker defense.

“Walker attacked the ball with a gusto tonight, and they took advantage of our miscues,” he said. “Our miscues cost us. I had some guys in the wrong places at times, and I took full credit for the loss. This one’s tough for our seniors.”

The Tigers opened the game with an early goal from Austin Brooks, just a minute and 45 seconds into the game.

Walker answered with two goals before halftime. Julio Sebastian scored for the Vikings with 22:28 to play in the first half, then James Archer III scored with 16:47 to play. 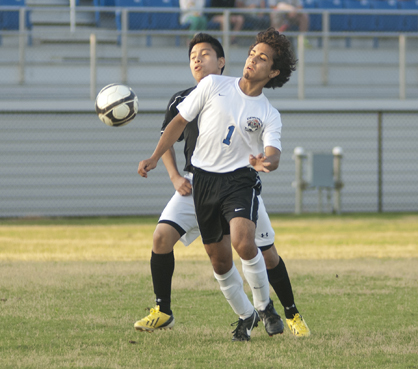 Cristian Velez bumps the ball down.

In the second half, Demopolis had several chances to even the score, but Walker goalkeeper Matthew McKay was able to make enough saves to preserve the lead.

With 33:19 to play, Demopolis had a chance to tie the game at 2-2, but McKay made a save on an Oscar Valdivia penalty kick. Then, with 28:11 to play in the game, McKay made two big saves back-to-back.

Walker’s Victorhugo Santana netted the next goal with 27:04 to play to give Walker a 3-1 lead. 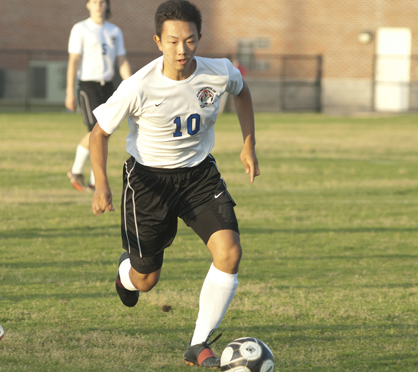 Jeremy Chu brings the ball up the field.

Adam Brooker cut the lead in half with a goal with 24:11 to play in the game.

Demopolis was able to get a few more shots on goal as the game drew to a close, but they were slightly off target or saved by McKay.

In the final 10 minutes of the game, the Tigers attacked Walker’s defense and kept pressure on, but they couldn’t find the back of the net. 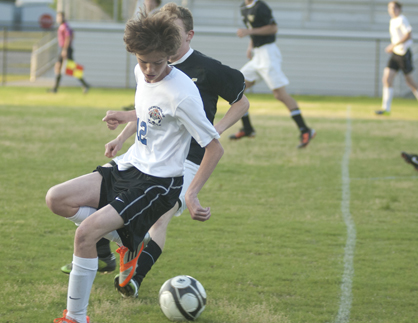 “When Walker went up two, we really started taking it seriously,” Daniels said. “The last 10 minutes of the game showed what we can really do as a team. We just weren’t able to put it in the net. Our guys did everything I asked tonight, and I’m proud of all of them.”