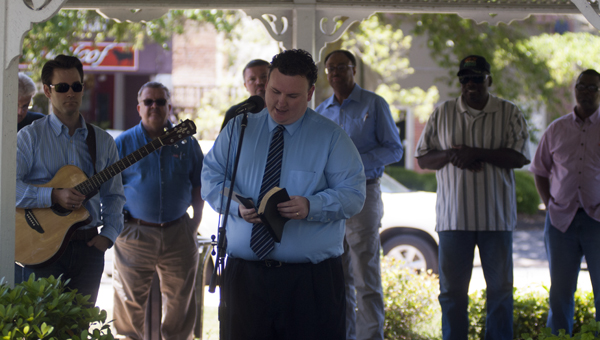 Pastor Carl Williams from Demopolis First Baptist Church reads a passage from the Bible as pastors from other local churches look on.

A crowd gathered at the Public Square in downtown Demopolis on Thursday to participate in the National Day of Prayer.

Pastors and parishioners from several local churches led prayers, and Andrew Lowe from Fairhaven Baptist Church led the crowd in song during the noontime ceremony.

Pastor Carl Williams from Demopolis First Baptist Church led the event, but several preachers took time to lead a prayer for different things. Prayers were said for the country, our schools, the military, national leaders, state leaders, local leaders, churches, families and people across the world. 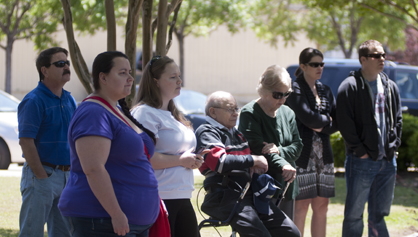 A crowd sings along with a song of worship by Andrew Lowe.

“The fact that we can still have events like this in public places is a blessing,” Williams said. “It’s a good reminder of the freedoms we have as citizens in this country, and I don’t take it for granted. When people from different churches, different denominations and different backgrounds can come together to pray, it’s always a good thing.”

During the 30-minute ceremony, six pastors prayed with those in attendance. The pastors were: 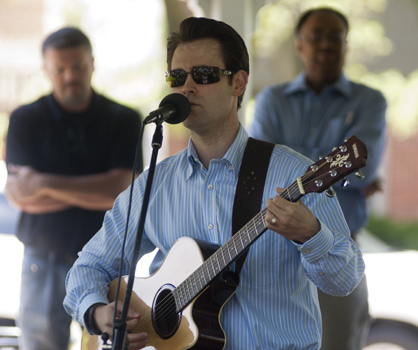 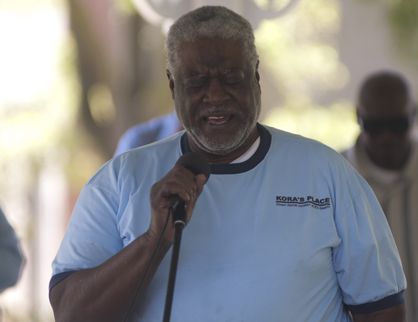 Demopolis Mayor Mike Grayson also addressed the crowd about how blessed the community was to avoid the storms from earlier in the week.