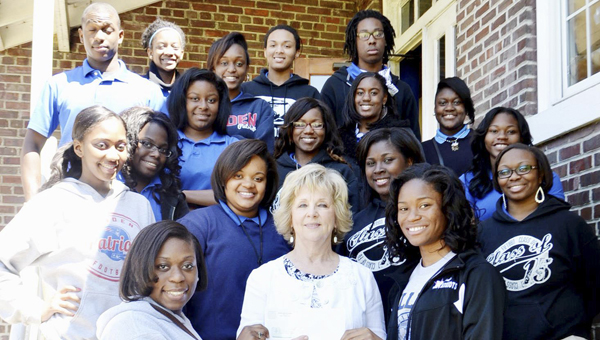 The Linden High School Beta Club and Student Council work together during the spring semester of each year to raise money for a mutually chosen charity as a part of the community service mission of both organizations.

The members of the organizations that Dukes and Johnson lead got on board, hoping that with their annual Valentine’s Basket Raffle, the two clubs could raise enough money to sponsor the building of two houses in Guatemala.

In an effort to make sure their goal would be met, the students wrote letters to local churches inviting them to be a part of giving to the Guatemalan home-building mission project.

After all the $1 contributions to the basket raffle were collected and counted and the local church donations to the mission cause were added, the LHS far exceeded their original goal of building two houses. The total amount raised for the Guatemalan house-building mission was $1,750.

The funds were accepted by Grace Ludeman, a Marengo County summer missionary to Guatemala, on behalf of Marengo County native Johnny Tucker and the International Missions Association he leads and ministers through.