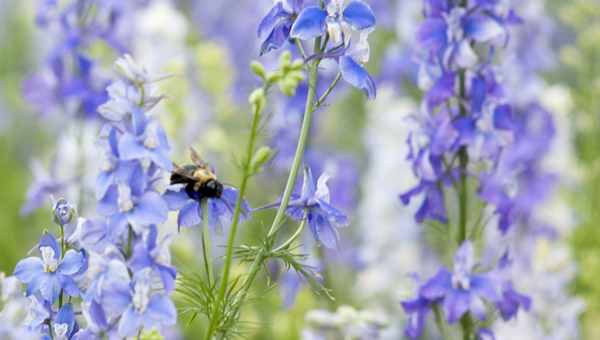 A bee flies along Rocket Larkspur blooming at Foscue Creek Park in Demopolis.

The bees aren’t the only ones buzzing about wildflowers at Foscue Creek Park in Demopolis.

First planted on a large scale four years ago, the wildflowers have become a popular addition to the park’s entrance.

Despite the obvious aesthetic value, the wildflowers have several other benefits. Before planting the various flowers, the U.S. Army Corps of Engineers, which oversees the park, was paying to have the grass cut over a large area.

“It costs a lot of money to maintain,” said Brandon Smith, a biologist with the Corps. “We are trying to reduce our mowing costs.” 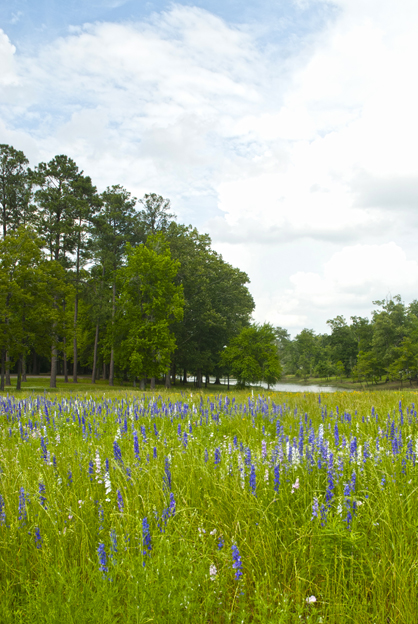 Though the U.S. Army Corps of Engineers has had some wildflowers at Foscue Park for some time, it was four years ago that the first large field was seeded.

Some of the flowers that have been planted include Black Eyed Susan’s, Poppies, Primroses, Indian blanket, Mexican hat and petunias. The blue, purple and white flower dominating the landscape this week is Rocket Larkspur.

All the flowers blooming now were regenerated from last year. New flowers planted last fall have yet to bloom and will add some different colors in the next few weeks, Smith said.

“If we take care of it, it’s been good to come back each year,” Smith said. “On top of that, we try to add a few new sections each year.”

Later in the year, the fields will be burned and prepped for next season.

The flowers also provided a lot of food and habitats for birds, bees, butterflies and other animals, Smith said. Just be sure to watch for snakes this time of year.

Smith said the wildflowers are popular with photographers — both as a subject and backdrop for portraits.