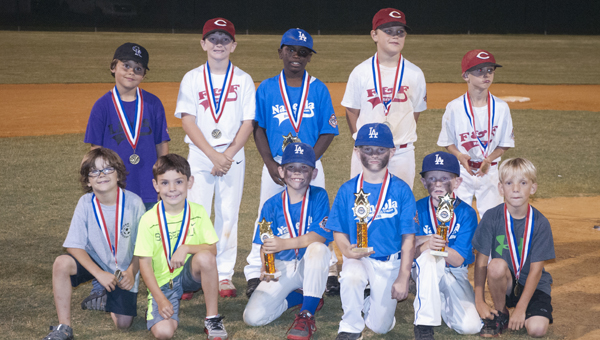 The Demopolis 8U All-Stars were announced following Monday night’s games.

The Naheola Credit Union Dodgers defeated the F&F Reds in the second game of a double header to claim the league championship. 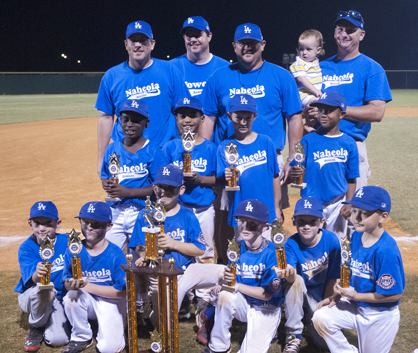 The Dodgers finished the regular season with an 8-1 record and went 3-1 in the playoffs with their only loss coming to the Reds in the first game of Monday’s double header.

Demopolis Youth Baseball League’s 10U and 12U championship series were both extended to Tuesday night after the teams from the loser’s bracket were able to win Monday. 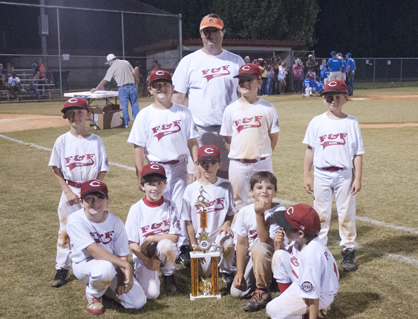 The F&F Drugs Reds finished as runners-up in the Demopolis Youth Baseball League 8U championship.

In the 10U league, the Batter Up Brewers defeated the Collins Communications Cubs 19-16 to force the “if” game. It will also be played at 5:30 p.m. Tuesday.