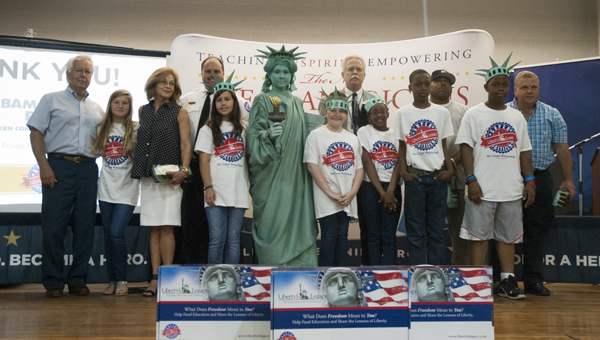 The program kicked off in February, and students have been learning about being involved in communities and many other things to help them become “Super Citizens.”

In addition to graduating from the program, each of the six fifth-grade classes chose a citizen they believed to be a community hero. The community hero they selected was given a Statue of Liberty replica during the ceremony to commemorate the honor.

U.S. Jones Principal Leon Clark was chosen by two different classes to be their community hero. 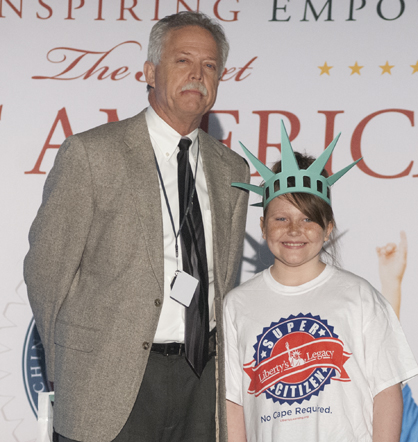 “Mr. Clark works hard to keep us safe, and he has so many kids to keep safe and never complains,” said Emma Hinson, a student in Patricia Bolden’s class.

Clark said he was honored to be recognized by his students.

“It means a lot,” he said. “It’s not about me, but I do appreciate the recognition. I want them to feel good about coming to school, and that’s something we have been working on since I got here. It’s been a group effort with me and the teachers and staff to continue and enhance the good things going on here.” 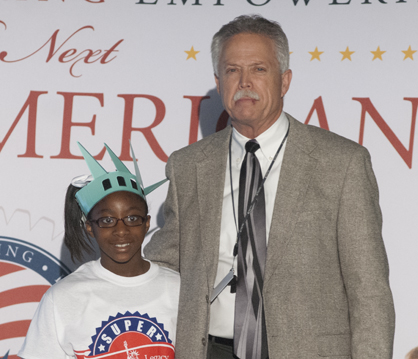 The other class to recognize Clark as a community hero was Jeanette Rainey’s class.

“He does a lot to improve the school,” student Jakara Taylor said. “A lot of people don’t think of him as a hero because of the rules he makes, but he makes those rules to help keep us safe.”

Also recognized as community heroes were Ann and Gerald Parson for their community involvement. 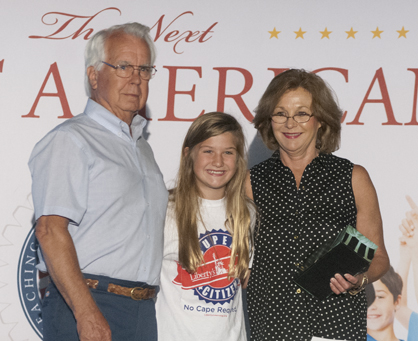 “They’ve worked on building and painting for the Canebrake Players, and they have helped with the Christmas on the River parade and Demopolis First United Methodist performances,” said Miley Lee, the Parson’s granddaughter and student in Dana Hill’s class. “Without them, so many of these projects wouldn’t be possible.”

Ann Parson said they were surprised to receive the honor.

“We didn’t know we were getting the honor,” she said. “We thought it was just a presentation. I’m so impressed with the program, and I know it will make a big difference in these children’s lives.” 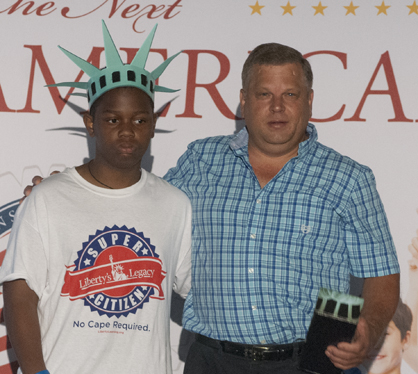 The last honoree was Kevin Horne with Amstar Ambulance Service. He was chosen by Stephanie Polk’s class, and Horne’s daughter, Tori Horne, presented the award. 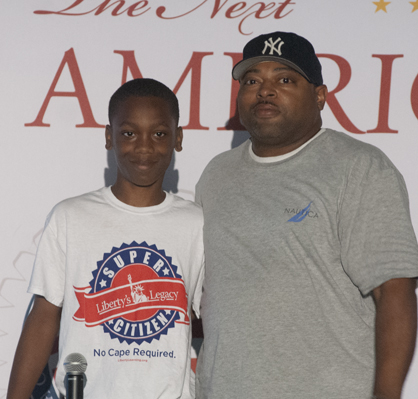 “This is the best award I’ve ever received,” Kevin Horne said. “To be nominated by my daughter and voted on by her friends that I’ve watched grow up with her, it’s a huge honor.” 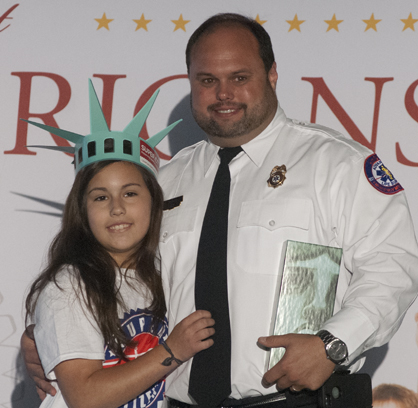 The program was sponsored by Alabama Power, and local business office manager Diane Brooker said it was an honor to work with the students over the last couple months.

She added that the program planted a seed in the students that will grow throughout their lives.

At the end of the program, students said a pledge to be super citizens in every aspect of their lives.