Marengo County native J. Parker Miller, who works with the Beasley Allen Law Firm in Montgomery, has been recognized as a “Rising Star” among the 2014 list of Super Lawyers.

The list is the leading attorney rating system for consumers, which features prominent, up and coming lawyers in the United States. 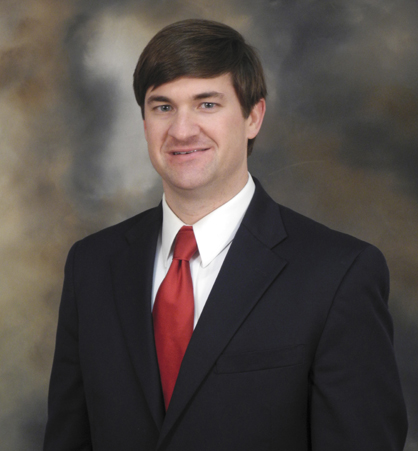 Miller is among 18 attorneys from the Beasley Allen Law Firm who were selected as a part of the 2014 list of Super Lawyers.

To become a “Rising Star,” individuals are put through a rigorous screening process involving peer and outside party evaluations. Less than 5 percent of lawyers in Alabama are selected for this honor.

The list of Super Lawyers is published in Super Lawyers Magazine and leading city and regional magazines across the country annually.

Before becoming a “Super Lawyer,” Miller spent his youth on a cattle farm in Dayton with his parents, Mary and Tommy Miller.

Miller went on to graduate from Marengo Academy in 2001. After high school, he attended Auburn University where he received his Bachelor of Science in business administration in 2005.

From Auburn, he went on to attend law school at Faulkner University. During his time spent at law school, Miller studied international law abroad in Amsterdam through Tulane University.

As a student, Miller became recognized as one of the United States’ finest student advocates after having received the Lewis F. Powell Jr. American College of Trial Lawyers Medal of Excellence in Advocacy.

After a successful career in law school, he graduated Faulkner University with his law degree in 2008.

In 2012, Miller was selected as Beasley Allen’s Environmental Section Lawyer of the Year.

His work as co-counsel to Gov. Robert Bentley in the evaluation of Alabama’s oil spill claims helped to land him amongst the top five environmentalist lawyers in the United States.

Earlier this year, Miller was profiled by Law 360, a national legal publication, as being one of the nation’s top lawyers under the age of 40.

Miller currently resides with his wife, Ashley, in Montgomery.