Christiana Shipma, an intern with Auburn University’s Living Democracy Program, is spending this summer working in Linden to help build a better city. 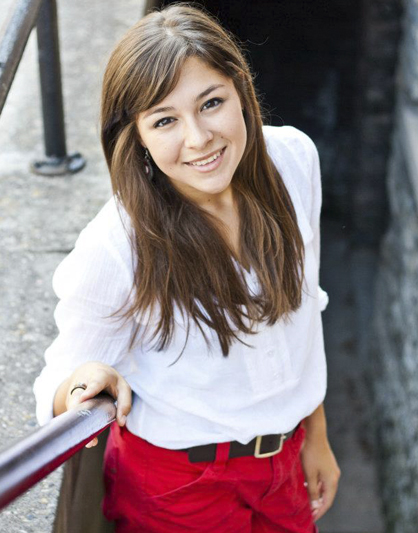 Christiana Shipma is working as an intern in Linden this summer as part of Auburn University’s Living Democracy Program.

Shipma said that she, Brenda Tuck and Kathryn Friday are all “really, really excited” about the upcoming Art Walk.

During the Art Walk locally owned businesses in Linden will display art by regional artists who have been invited to display their work. Some of the pieces will be made available for purchase.

Shipma will be returning to Auburn in the fall as a sophomore majoring public relations with a minor in both Spanish and community and civic engagement. Shipma said she’s happy to be in Linden this summer helping the city’s youth stay active in their community.

To kick things off during her stay in Linden, Shipma helped organize a public forum led by the David Mathews Center for Civic Life at the Marengo County Business Development Center.

The forum brought students together from two different high schools. Together, these 22 students from Marengo Academy and Linden High School discussed “Finding the Good Life in Linden.”

The students showed great appreciation for the event. Adriaunna Alston, a student at LHS, said the forum opened their minds to, different ideas that could better their community.

At the start of the forum, Chris McCauley, executive director of the David Mathews Center, led the students through examples of ways they could help improve life in Linden.

Keeping the interests of the teens before him in mind, McCauley asked the students what they would like to see added to the city. The teens suggested a bowling alley along with an arts venue.

Students suggested that the former National Guard armory be converted into a youth center or be used as a gym for various team sport’s activities.

The students went on to discuss hosting a color run and a sports camp.

The Linden High School students presented an idea of planting trees on their campus to create a more inviting learning environment, while the students from Marengo Academy voiced their desire for an improved parking lot.

McCauley encouraged the students from both schools to turn their ideas into reality by working with Shipma over the course of the summer.

Shipma said during her internship as a Living Democracy student, she hopes to help the students build upon their ideas.

She brought the event to a close with a game where students were asked to toss a ball of yarn as a means of forming a web. Each citizen within a community is connected like each strand in a web, she said. She added that each strand or citizen is valuable to the functioning of a web or a community.

While in Linden, Shipma will work with students in the community, help organize the 2014 Art Walk and work with the city’s website to help them connect more with their local businesses.

She said that moving from Auburn to Linden was an adjustment, but she has been enjoying her stay.

A native of Huntsville, Shipma said that Linden is different from any town she has ever lived in.