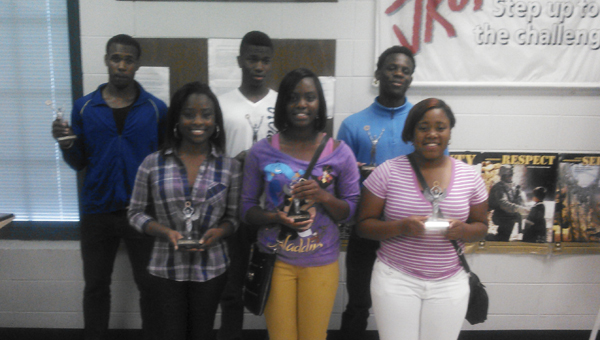 The Demopolis High School JROTC conducted its annual Cadet Challenge on Thursday, May 8.

The challenge is a group of five exercises conducted under the supervision of JROTC instructors Maj. Don Drummond and Staff Sgt. Mike Black. The exercises are the curl-up, pull up, V-sit reach, shuttle run and the one-mile walk/run. Points are awarded by the number of repetitions each cadet does and by the cadet’s age.

Caitlin Robertson won the female competition with a score of 365. Ke’Shanda Walker finished second with 360 points while Brittany Mosley finished in third with 330 points.

Johnny Carter III won the boys competition with a score of 410. He beat out Jamal Lee, who scored a 350, and Xavier McShan, who finished with a 305.

The challenge is conducted to see how cadets are improving physically in JROTC.