He was elected commander in April. 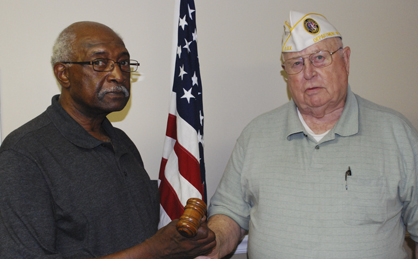 John E. Doby (left) is handed the gavel of authority from past Marengo County Disabled American Veterans Chapter Commander Ray Morrison. Doby was elected to the position in April and will serve for the 2014-15 term.

The appointed officers will be installed by Doby at the June meeting.

The Marengo County DAV chapter meets at 7 p.m. on the fourth Thursday of each month at Kora’s Place in Demopolis.