Demopolis 12U all-stars come away with win 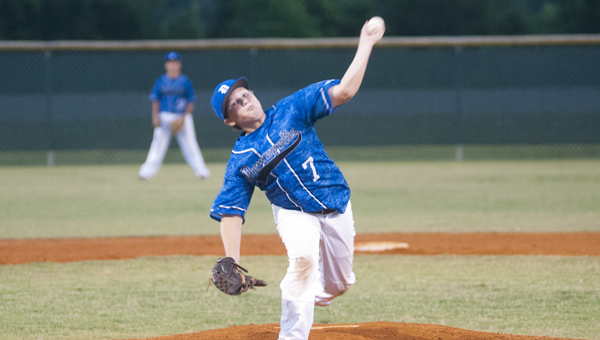 Trey Malone pitched for Demopolis in the 12U game Monday night. He allowed just one baserunner in four innings.

The Cal Ripken League 8U, 10U and 12U District 10 All-Star tournaments kicked off Monday night at the Demopolis SportsPlex.

Demopolis faced Butler in all three leagues Monday night and came away with one win.

In the 12U game, Demopolis came away with a 10-0 win in four innings. Butler’s pitchers struggled, and the Demopolis bats were hot throughout the game. 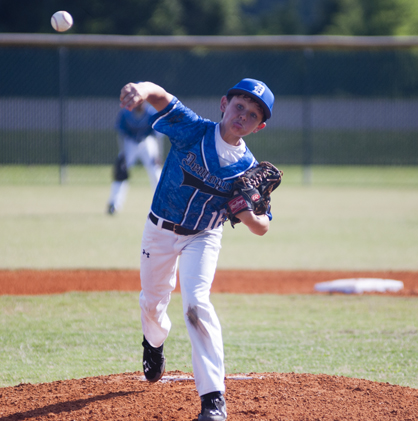 Harrison Carroll started the game for the Demopolis 10U All-Stars.

The Demopolis scoring got started in the second inning on a bloop single by Trey Etheridge that brought in Rontrerreal Smith. Later in the inning, Javier Quintana scored on a wild pitch to give Demopolis a 2-0 lead.

Demopolis increased their lead to 4-0 in the third inning on a two-run home run by Hunter Duren that brought in Grant Patterson.

Trey Malone was on the mound for Demopolis and only allowed one baserunner in the game. 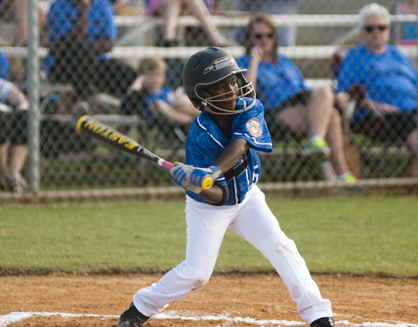 Chris Battey takes a swing for Demopolis in Monday night’s 8U All-Star game.

The 8U and 10U Demopolis teams will have Tuesday off before returning to action Wednesday at Sumter. The 12U team will travel to Valley Grande on Tuesday before heading to Sumter on Wednesday. All three teams will be back at the SportsPlex on Thursday to face Sweet Water.