Sheriff race to be decided in Bates, Myers runoff 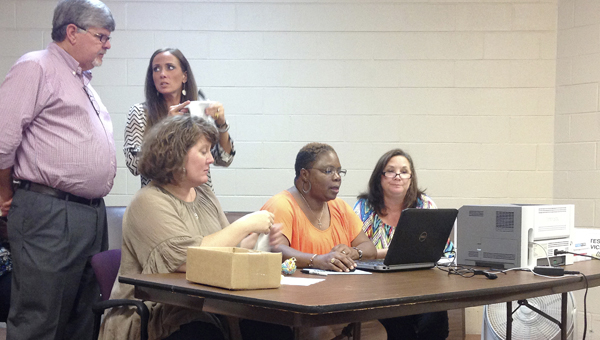 The race for Marengo County Sheriff will not be decided until a July 15 runoff.

Bates said he plans to continue doing what he’s done for the last four years.

“I’ve been honest with people, and a lot of times, it hasn’t been what they wanted to hear, but it’s the truth,” he said. “It doesn’t matter who I’m talking to, I always treat them with respect and listen to what they have to say, and I think people appreciate that. I’m going to keep doing what I’ve been doing, which is enforcing the law and doing my job as Sheriff.”

Bates said he wasn’t able to meet as many people during his campaign this time, which was different from his 2010 campaign.

“I would be out meeting people and talking with people, then the job would pull me away,” he said. “I made sure I didn’t let the campaign get in the way of me doing my job.”

He added that during the next six weeks before the runoff, he will continue doing the work that is required of the Sheriff.

“I’ll do whatever I need to do for the people of Marengo County,” he said.

Myers said he believes his service record was a big reason he was able to do so well in the election.

“I believe my service record set the groundwork,” he said. “I’ve proven myself to be an honest, hard worker, and I think people saw that. I was sincere throughout the campaign, and I’m overwhelmed and humbled by the support I received.”

He added that he still has a lot of work to do before the runoff.

“We have to keep working hard and try to sway some votes our way,” he said. “We’ll need a good turnout come July 15.”

The other two candidates for Sheriff, Tommie Reese and Tommy Johnson, received 1,146 votes and 640 votes, respectively.