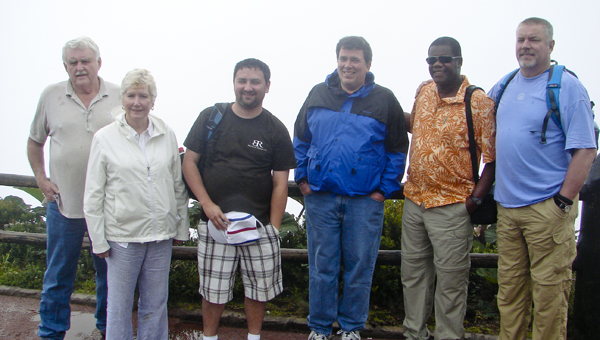 A team of four volunteers from Trinity Episcopal Church in Demopolis recently returned from a mission trip working in a Costa Rican prison.

The trip marked the second time Culpepper and Sherrod have traveled to Costa Rica with Kairos, an ecumenical ministry that works in prisons across the world.

Averette, Barnes and Sherrod worked inside San Sebastian prison, where 1,200 inmates are housed, many awaiting trial or sentencing.

Kairos weekends are similar to “Cursillo” in the Catholic and Episcopal traditions or “Walk to Emmaus” in the Methodist church.

The four-day weekend includes a series of talks on topics like change and forgiveness as well as time for singing, prayer and even art. 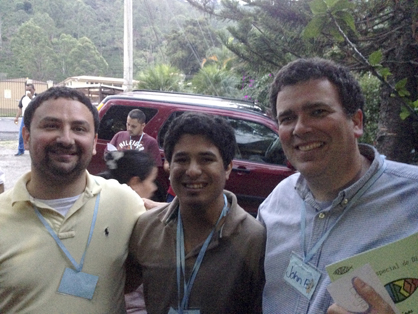 Averette (left) and Barnes (right) with Christian Morales, who was the music leader for the Kairos weekend at San Sebastian.

While the weekend was all in Spanish, the Demopolis group helped mainly with something that transcends language — good food.

The team were servers for the weekend, helping prepare plates and making sure participants always had plenty of coffee, tea and cookies.

As part of the “outside” team, Culpepper assisted with cooking, which was done at a mission house a few miles from the San Jose prison.

Though more than 1,600 miles away from home, Barnes said it was interesting to see how similar Kairos in Costa Rica is to weekends done in Alabama. An 8-person team from Trinity works two weekends a year at Donaldson Correctional Facility near Bessemer.

“I didn’t really expect it to be the same, but it was funny to see how similar it was in some ways,” Barnes said. “Even though the people are different, God is at work, and sometimes the best thing we can do is get out of the way and let it happen.”

Counting the trip to Costa Rica, Sherrod has worked 61 Kairos weekends, mostly at Donaldson, including several on death row. 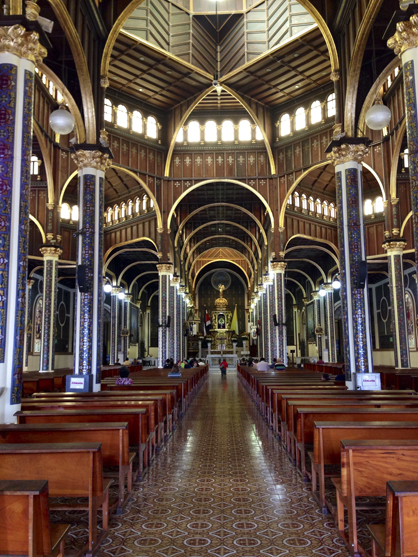 The Rev. John Ryberg, associate pastor at Asbury United Methodist Church in Madison, was the American leader of the trip.

Ryberg has traveled to Costa Rica almost 30 times in the past 13 years working with Carlos Cunningham, a church pastor and prison chaplain through Kairos and the non-profit organization “Voz de Libertad (Voice of Freedom).”

The team also visited APAC Costa Rica. It’s a facility similar to “honor dorms” at Alabama prisons but with even more freedom. The model was copied from Brazil and is sometimes called “restorative justice.”

It’s designed for people who are about to be released from prison, to help them prepare to rejoin society.

“It was really impressive to see. I wish we had something like this in Alabama. Everyone seemed willing to work, and there was a sense of community among the inmates,” Averette said.

Just under 80 men were in APAC. They all have to go to a morning meditation and can chose other activities the remainder of the day, like enrolling in high school or college classes, going to trade school, attending Bible study and more. They also keep up the three houses and tend vegetable, flower and even butterfly gardens.

“They all had some kind of job. They said the one thing you couldn’t do during the day was stay in bed,” Averette said. “Fighting and drugs would get you immediately removed, no questions asked.”

On the last day of the trip, the group toured Poás Volcano, a waterfall along the La Paz river and a national cathedral in the old Costa Rica capital of Cartago. 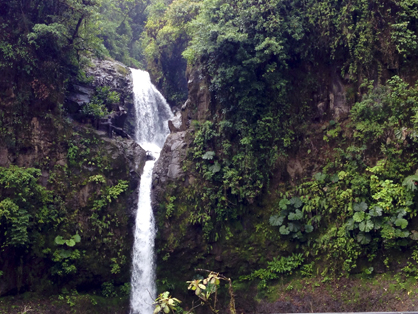 A waterfall along the La Paz river in Costa Rica.

“Everyone was so welcoming and willing to let us intrude into the whole mix of things. Everyone welcomed us as if we were family,” Barnes said. “I don’t know how much we helped, but we were glad to be a part of it.”