Deborah Boykin will coach the team and was instrumental in starting the first cross country team in the history of the school. 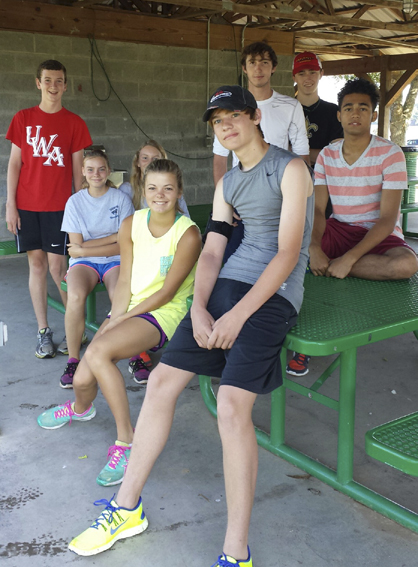 “I’m excited for us to get started,” she said. “This is the first time the school has had a cross country team, and hopefully it will lead into track season so we can get more distance runners as well.”

Summer training has started for the team, and Boykin said there are 20 students on the roster so far.

“It’s great that we had that many kids come out already,” she said. “I was a little surprised, to be honest. For it being our first year, I think that’s a really good number of runners.”

She said the schedule isn’t set yet, but she hopes to schedule around five meets for the team to run in this year.

“Being a new team, we’re going to have to travel, so if we can do five meets this year, it will be a good start for the program,” she said. “In the future, I hope to look at Foscue Park and the SportsPlex as possible places to host meets in Demopolis. We just need to get our feet on the ground this year.”

She added that a lot of the first season will be getting students used to what cross country running is about.

Boykin said there is also a lot of scholarship money available to runners that Demopolis hasn’t tapped into before.

“I think we have some talent that could get some scholarship money for running,” she said. “UWA has a cross country team, and a lot of other schools do as well. I think this just adds to the opportunities the students have.”

She said one reason she wanted to start the team was because of her two daughters, Gracie and Audrey Boykin.

“Gracie and Audrey are both really into running, and as a parent, you want to get involved,” she said. “I’m looking forward to getting some kids together and competing.”

According to Boykin, former DHS principal Leon Clark was interested in the program and helped her lay out what needed to be done to get it started.