Eberne Bernard Myrthil has been named the next head coach of the Marengo High School Panthers. 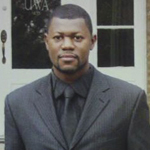 Myrthil comes to Dixons Mills from Choctaw High School in Butler where he spent the last two years as head coach.

He won’t meet his players until Monday, but he said he hopes to start his off-season workout and conditioning program by the end of the week.

“I’m going to meet with the players Monday and start to build the program from what coach [Dredrick] Bell started,” he said. “We’re coming off of a 6-5 season, but we lost five seniors that started on both sides of the ball. And anytime you lose your starting quarterback, it’s like you have to rebuild.”

Myrthil said he already has some long-term and short-term goals in mind for the program.

“In the long-term, I want us to graduate players on time and give them a chance to play at the next level,” he said. “In the short-term, we want to win football games.”

Last season, the Panthers went from being an 0-10 team to being a 6-5 team and made the Class 1A state playoffs. Myrthil said it will take hard work to match that success this season.

“I know we’re a young team, I’m just not sure how young yet,” he said. “We’ll be adjusting the offensive and defensive schemes a little bit, but it’s going to come down to hard work. We need to focus on building on the fundamentals of football. Those don’t change.”

He said during the summer, he’s going to work with players in the weight room.

“When you play iron man football like we have to, you have to be conditioned well to play the entire game,” he said. “We’re going to get in the weight room and start working on that as soon as we can.”

To get ready for summer camp, Myrthil wants the players to get to know him while he gets to know them.

“We’ll have some new terminology on both sides of the ball, just like with any coaching change,” he said. “We need to get to know each other so we can start working on introducing the new systems.”

Marengo will open their season on Thursday, Aug. 28 at home against Choctaw County. The Panthers’ new region will be with Chickasaw, Fruitdale, J.F. Shields, J.U. Blacksher, McIntosh and Millry.