Mary Jo Martin is one of the most active citizens of Demopolis, working as an advocate for elders and keeping up with the affairs of the city and surrounding areas.

Her community involvement has allowed her to be named this week’s Demopolis Area Chamber of Commerce Member of the Week. 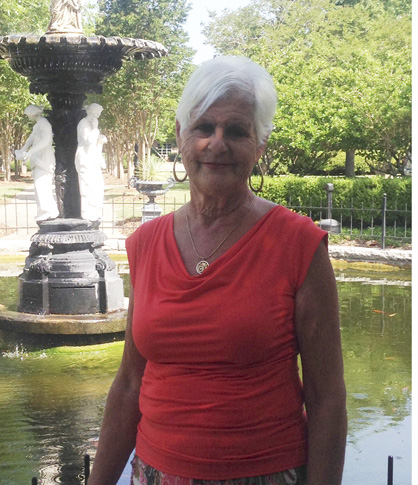 An active member of the Alabama Silver Haired Legislature, Martin devotes a lot of her time to serving the senior citizens in the Black Belt region.

“That’s really where my heart is,” she said. “Being a Silver Haired Legislator, I listen to the members of the House and the Senate, and I’ve had several resolutions passed that I wrote.”

She said the legislation that was passed about texting while driving was a resolution she wrote.

“Gov. [Robert] Bentley invited me to the signing of that legislation,” she said. “I worked on that for seven years.”

Locally, Martin is on the Board of Adjustments, the Beautification Board, a member of the Alabama-Tombigbee Advisory Board, and she’s active in her Sunday school class. In addition, she’s also on the Agriculture Board.

“I’m interested in what’s going on in the community, and I also want to promote my committees,” she said. “I feel like being a member of the Chamber is important for both of those things.”

She said she has been involved and interested in politics since she was 8-years-old.

“My father was a senator, and I was a Page in the senate when I was 8,” she said. “I’ve always been very active, and I hope to be able to continue the work I’m doing in the future.”