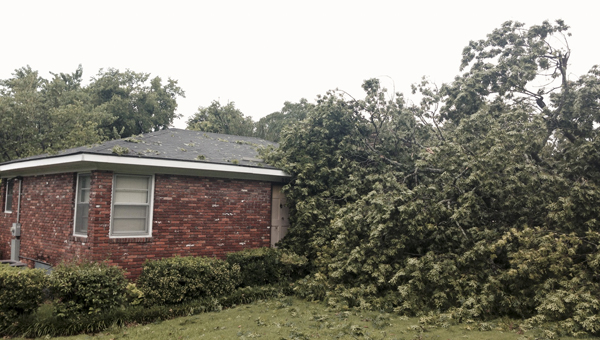 Two trees fell on this home on Herbert Street. A car in the drive way was also damaged.

A Wednesday afternoon thunderstorm knocked down trees and power lines as it rolled through Demopolis.

Most of the damage was limited to the west side of town, especially along Herbert Street and South Main Avenue. 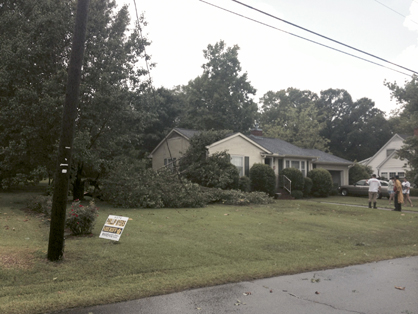 Two homes on Herbert Street had trees fall on them.

Two trees fell on a home and parked car near the intersection of Herbert Street and South Commissioners Avenue.

Farther up Herbert Street, a smaller tree knocked down a power line and came to rest partially on a house.

No injuries were reported from Wednesday’s thunderstorm.

Jim Westland, a meteorologist with the Birmingham National Weather Service, said it was difficult to estimate the storm’s wind speed but it probably packed gusts of 40 to 50 miles per hour.

“They are called pulse thunderstorms. They will develop and grow and dump all their wind and rain in one spot,” Westland said. “Winds are 40 to 50 miles per typically, but they can peak higher than that.” 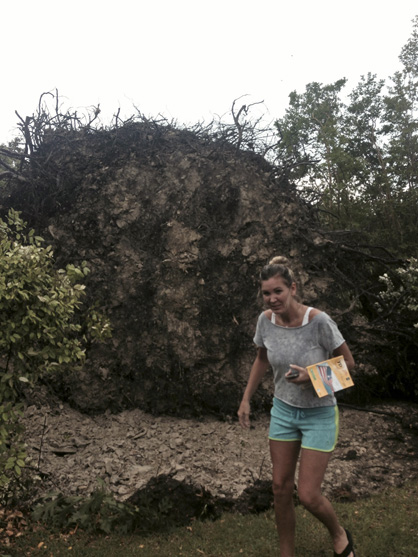 This oak tree fell over on Herbert Street.

The city received just under a half inch of rain. One gauge on North Main Avenue put the total at .45 inches. Hail was also reported with the storm.