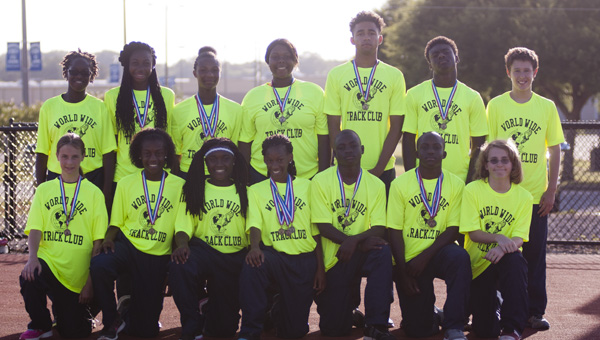 “We’re in our first year, so we’re still trying to get organized,” McKinney said. “We’ve got a lot of young kids, but they’re developing well. I’m pleased with their work ethic so far.” 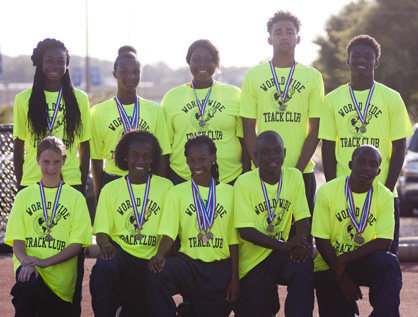 The runners that medaled at the meet were as follows:

McKinney said he was involved with a USA Track and Field team for six years in Atlanta and has wanted to start one in Demopolis since he moved here two years ago.

“This is the best parent support I’ve ever received with this program,” he said. “The parents have been great since we started in late April. It’s very encouraging.” 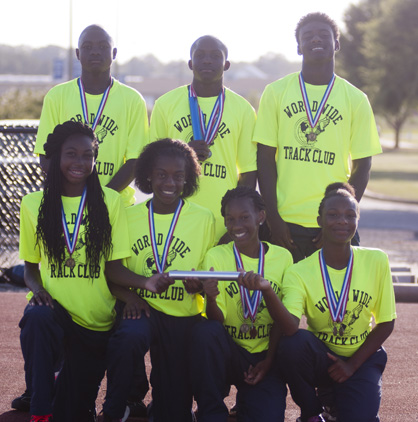 The boys and girls 4×100-meter relay teams both won gold at the meet. Shown are the members of the boys team, Alexander Besteder, Anthony Jackson and Antonio Besteder. Demetrius Davis is not pictured. The members of the girls team are Ashleigh Ivory, Ny’Keria Grayer, Shy’shawna Smith and Yasmein Rainey.

He added that he felt like a track program was needed in Demopolis.

“We have a lot of talent here – a lot of young talent – that just needs to be developed,” he said. “I hope to put Demopolis on the map for track, and I think this last meet was a step in the right direction.”

McKinney said his goal for the team is to perform well and finish in the top five at the regional championships on July 10-13 in Homewood.

The team’s next meet will be the Alabama Games at Samford University this weekend.