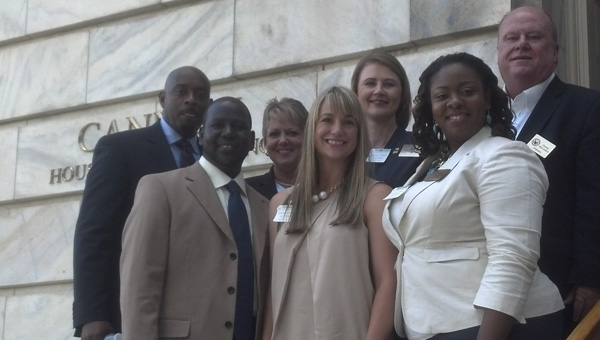 Marengo County Economic Development Authority Director Brenda Tuck attended the event and said it was a good opportunity to meet with different organizations and network.

“I talked to a lot of different organizational leaders and learned about a lot of new programs,” she said. “I’ve started setting up follow-up visits for the next time I’m in Washington.”

The members of the Delta Leadership Institute sat in on panel discussions to learn more about federal programs in the Delta region, as well as a panel about how to better work with associations such as the Southern Governors’ Association, the National Association of Counties and the Municipal League of Cities.

“Developing strong leaders within our region’s communities helps to spur economic growth, success,” said Delta Regional Authority Federal Co-Chairman Chris Masingill. “As we strive to create economic opportunity for people in the Delta, we must ensure that our leadership is connected across the region as well as with our congressional and federal leadership. Last week’s meetings are important to empowering our community leaders to bring investment and opportunity back to their communities.”

The DRA is an eight-state consortium that includes Alabama, Arkansas, Illinois, Kentucky, Louisiana, Mississippi, Missouri and Tennessee. In Alabama, 20 counties are included in the DRA.

Tuck said each of the states in the DRA faces similar problems, so it’s important for them to try to work together.

“These states see the same problems, have similar assets and have the same opportunities,” she said. “We can work together to see how things work in other states and determine if it could work in our own.”