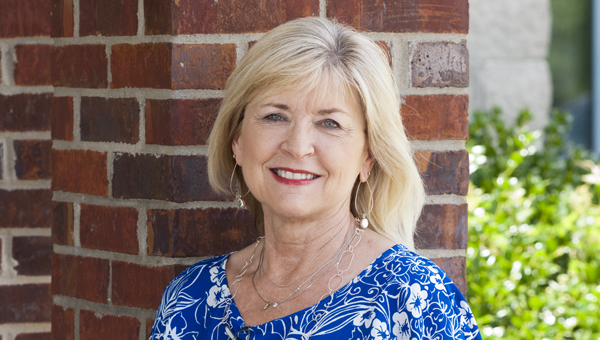 Longtime Demopolis High School counselor Debbie Nichols will soon move on to the next chapter in her career.

Debbie Nichols has been a counselor at Demopolis High School since 1997 and helped guide 17 senior classes into the next chapter of their lives.

She worked in the Demopolis City Schools system since 1988, but after guiding the 2014 graduating class into their next chapters, she will step away from the system she has called home for 26 years.

“Working with the students and watching them grow over their four years in high school is something I always enjoyed,” she said. “It meant a lot to me to be able to help them, even in a small way, for their next chapter in life. It’s really been a blessing to watch them grow.”

She said being in a smaller school system like Demopolis required her to do more than just counseling.

“I had to wear a lot of different hats,” she said. “Not only did I try to devote as much time as possible to the students, there was also a lot of paperwork, testing and keeping track of changes from the state. It was one of those things that I never felt like I did any one thing well, but the rewards of the job far outweighed the difficulties.”

During her time at DHS, Nichols said she really enjoyed seeing the students accomplish so many great things.

“Looking back, I wish I would have kept a book to write things down so I didn’t lose those memories,” she said. “You’ll have interactions with students that you want to remember, and over time, you lose some of those.”

Knowing that the 2013-14 school year would be her last at DHS, Nichols said she didn’t have too much time to think about it with everything going on.

“I stayed busy this year, but as with any change, you know the time will come,” she said. “I cherished going to all the football games and basketball games and all the activities I was able to get to.”

Nichols planned to retire following the school year, but an opportunity came up following graduation to allow her to continue her duties as a counselor in the Alabaster City Schools system.

“I was planning to move to Birmingham to be closer to one of my sons, and I had called former Demopolis superintendent Dr. Wayne Vickers because I knew I wanted to continue working with young people,” she said. “He talked with him about something part time, but the Lord had a different plan.”

Nichols was offered a position as a counselor at Thompson High School, where there were two open positions.

“Dr. Vickers asked me if I had thought about not retiring, and at that time, I had not,” she said. “I felt like I could contribute to their system. I’ll be a senior counselor, and I’ll be able to do things as a counselor more thoroughly there than I could here. I decided I’d do it and see how it goes. As long as I feel like I can contribute, I hope to continue working. I don’t want to feel like I’ve outstayed my effectiveness.”

Nichols said she wanted to thank the parents, students and co-workers that she’s worked with while in Demopolis.

“I’ve seen a lot of changes in my time here,” she said. “I’ve seen six principals and four superintendents, but everyone has helped me tremendously and were a vital part of my life.”