Just before 11 p.m. Wednesday night, a woman was shot and killed in front of the Marengo County Detention Center in Linden.

According to authorities, Eddie White, 52, of Gallion, allegedly shot and killed Joyce Houston, 48, of Gallion following a domestic dispute at approximately 10:55 p.m.

White was apprehended by the Linden Police Department at approximately midnight, according to Linden Police Chief Scott McClure. White confessed to authorities after he was arrested. McClure said White’s recollection of events closely matched what was shown on surveillance video from the detention center parking lot. 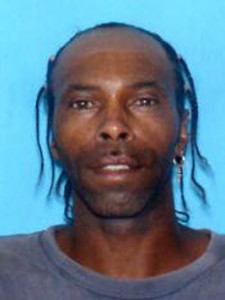 Eddie White, 52, was arrested and charged with murder after the shooting death of Joyce Houston on Wednesday night in front of the Marengo County Detention Center.

“They saw each other earlier in the day in town and had some words,” McClure said. “They knew each other and had some kind of argument. White left town and came back later when he saw Houston in a vehicle with another man.”

McClure said White confronted Houston, who was a passenger in another vehicle, in the road.

“He tried to get them to stop their car, but she told the person she was with not to stop,” he said. “They continued north on Highway 43, and White rammed into their car before they got out of town. They headed down some back roads looking for safety and turned in on Dunn Street in front of the Detention Center.”

After an argument between White and the driver of the other vehicle, White returned to his car to pull out a single-barrel 12-gauge shotgun from the backseat of his car.

“At that point, the other man left the scene,” McClure said. “He and Houston got into a confrontation, and at some point it got physical. He pulled her across the seat and she wound up in the parking lot where he pointed the gun at her back and pulled the trigger.”

McClure said Houston died from her injuries in the parking lot and was officially pronounced dead at Bryan W. Whitfield Memorial Hospital shortly after.

All seven Linden Police Department officers were on the scene within eight minutes of the shooting, and McClure said only two of the seven were on duty at the time of the incident.

“We had an immediate response from our entire department,” he said. “We were all on the scene along with Sheriff Richard Bates, Deputy Tony Gary and Deputy Brandon Paulk. They responded very well.”

Linden officer Robert Alston and Gary followed a lead to White’s residence, where White was arrested without incident. He has since been charged with murder and is being held at the Marengo County jail.

McClure said this is the first murder in Linden since he has been an officer there.

“I started here in 1993, and this is the first time I can recall a murder,” he said. “We’ve had shootings and a couple stabbings, but I don’t remember an actual murder.”