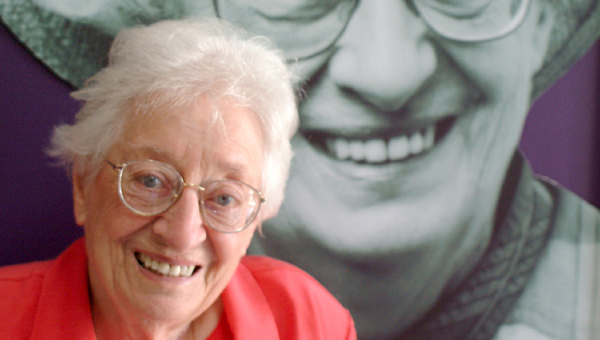 Kathryn Tucker Windham’s “13 Alabama Ghosts and Jeffrey” is being re-leased by the University of Alabama press.

One of Alabama author Kathryn Tucker Windham’s most read and beloved books, “13 Alabama Ghosts and Jeffrey,” is being re-released by the University of Alabama Press this week as a commemorative edition.

The book, originally published in 1969, features 13 ghost stories, one of which is in Demopolis and another in modern-day Pennington. Windham wrote the book with Margaret Gillis Figh.

Dilcy Windham Hilley, Windham’s daughter, said it’s been more than 20 years since the book was published in a hardback edition. 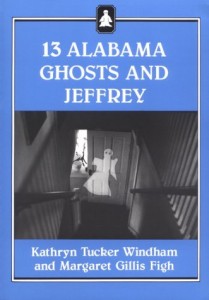 It’s been 20 years since “13 Ghosts” has been printed in hardback.

“We really feel like it’s the right tribute to the story-telling legacy of my mother for it to once again be in circulation as a hardback for young people and adults,” she said.

Hilley added that the enduring legacy of the book, and other ghost books written by Windham, can be attributed to Southerners’ love for history and folklore.

“People, and Southerners especially, are very interested in folklore and history,” she said. “These are more than just ghost stories. They talk about real places and real events.”

She added that her mother relied on her background as a reporter when writing the stories.

“When she would hear a story, or when someone would tell her a story, she would investigate it to get the historical details, then write the stories based on the background she found,” Hilley said.

She added that working with the University of Alabama Press has been a good experience.

“I couldn’t be more pleased with UA Press,” she said. “When I approached them about reissuing the book after she passed in 2011, they were very receptive and excited to do it.”

Hilley and her brother, Ben Windham, wrote an afterward for the new edition.

Chapter Five in the book is about the Phantom Steamboat of the Tombigbee. It centers around the haunting of the steamboat Eliza Battle, which burned in 1858, killing 33 people and sending passengers into the cold March waters.

The boat operated between Columbus, Miss., and Mobile. On March 1, 1858, about 32 miles downriver from Demopolis, the boat caught fire and continued downstream out of control. It came to rest above Kemp’s Landing near the modern-day Alabama 114 bridge near Pennington.

Windham’s story roughly follows newspaper accounts of the disaster. It is purported in the story that sightings of the ship tend to happen on cold and windy winter nights, with the ship, fully engulfed in flames, appearing on the river near the same locations where the disaster occurred. It also relates that the sightings are said by river-men to foretell of impending disaster and are an ill omen to ships still plying the waters of the river.

Chapter Six of the book is called “The Unquiet Ghost at Gaineswood.” In the book, Gaineswood’s resident haunter is said to be the unhappy spirit of Evelyn Carter.

Carter traveled from her Virginia home to join her sister, who was employed at Gaineswood. Carter’s life was full of heartache as a romantic endeavor with a French count produced no fruit and loneliness prevailed.

Yet, death was to have brought even more dissatisfaction to Carter as her body was alleged to have been stored under the staircase until conditions were safe to transport it back to her Virginia home for burial.

Other nearby places in the book include the Pickens County Courthouse as well as Kenworthy Hall, or Carlisle Hall, in Marion.

The new edition of “13 Alabama Ghosts and Jeffrey” costs $29.95 and is available at most book retailers.