The report said the jail’s kitchen floor needs to be cleaned daily.

Bates said the kitchen is cleaned three times a day, after each meal. 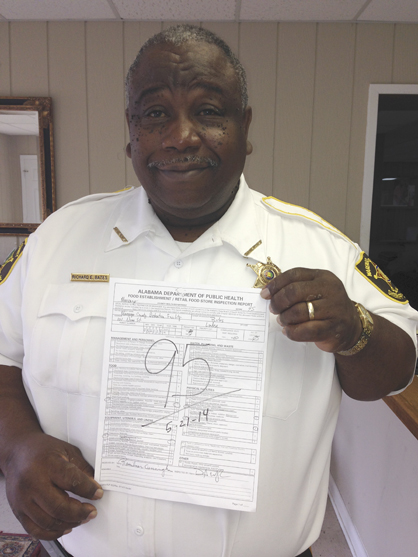 All plates and utensils are washed after each meal and the floor is swept and mopped then too, the sheriff said.

The Marengo County Detention Center received a 95 on its last Alabama Department of Public Health inspection on May 21.

“That’s better than a lot of restaurants,” Bates said.

One of the grand jurors also suggested feeding inmates two meals a day instead of three.

Bates said his office will continue to feed inmates three meals a day on the $1.75 the state provides each day per inmate.

The grand jury report also said painting needed to be done around the jail and repairs made to the floor.

Bates said the jail has been painted once in his four years in office.