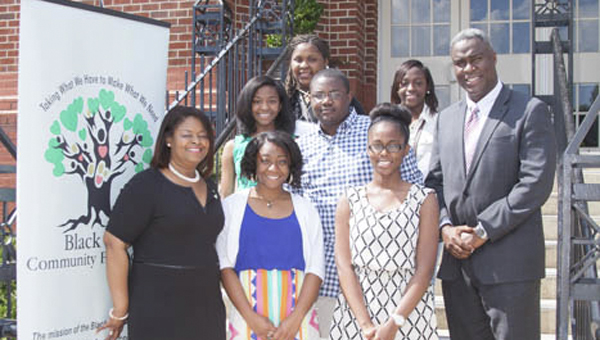 Alexis Benderson, LaRobyn Harris, Destany Jones, Jada Mack, and Jasmine Rodgers, all from Marengo County, were among 60 participants during the second annual camp on June 8-12. The camp is co-hosted by the Black Belt Community Foundation and Auburn University’s Office of University Outreach.

Students toured campus on the first day of the camp before attended an exercise in architecture. During that portion of the camp, seven students were awarded scholarships to attend a future architect camp at Auburn.

A closing celebratory reception, “Moving the Legacy Forward,” was held on the final day of the camp where participants who excelled throughout the week were honored.

“This camp was a unique and exceptional way for students to engage in activities on the campus of Auburn University to discuss the issues and assets in their communities and generate ideas for positive change,” said Felecia Jones, President of the BBCF. “Students participated in a variety of activities that focused on leadership, team building, community engagement and career exploration.

She added that the camp helped students mature and gain valuable experience.

“Students who attended the event also matured tremendously throughout the week,” Jones said. “They arrived from each county as smaller groups being secure in staying within their own cliques. By the end of the week, they all mingled and developed new bonding friendships. This process was special as it was rooted in going through an outstanding educational experience together that taught each of them to think of themselves as leaders and being successful people who can change things around them for better in the Black Belt region.”