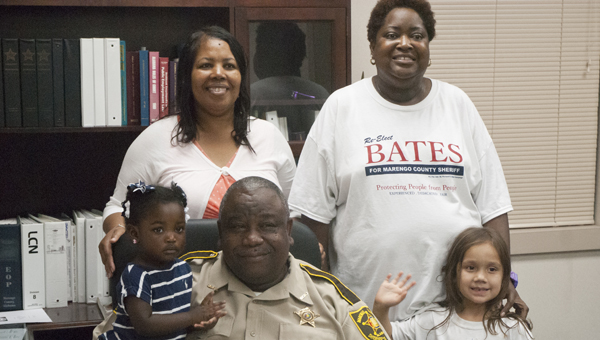 “I want to give thanks to the God Almighty and to the wonderful people of Marengo County,” Bates said. “I’m thankful for the support I received today and throughout this process.”

“We never have discriminated on enforcing the law,” Bates said. “It doesn’t matter who you are or what kind of position you hold, if you’re breaking the law, we will arrest you. I still want to take the money the Marengo County Commission gives us and use our equipment to provide the best law enforcement possible for the people of Marengo County. We will do anything we can do to better serve Marengo County.”

Myers was disappointed with the result, but he was also hopeful for the future after hearing the results Tuesday night.

“I really don’t know what happened with the results,” he said. “I felt like there was a good turnout, which was encouraging, but Sheriff Bates had more supporters go out and vote than I did. I can’t argue with the results. God has something better in store for me, and this is just a stepping stone to something greater.”