Marriage. That subject again. What’s the deal? Does everybody have getting married on the brain? Well, in Canebrake Players’ upcoming production of “The Wedding Singer,” the answer is a resounding yes.

Just ask Drew (Andrew Mitchell) Tucker. This talented young man is the oldest of five siblings and spends his days as a marketing consultant with The Demopolis Times. Tucker said he enjoys the challenge of sales as well as getting to know his advertisers and their businesses. 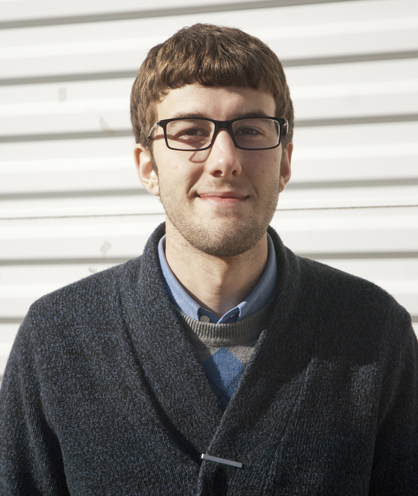 Drew Tucker will play Sammy in The Canebrake Players’ upcoming production of “The Wedding Singer.”

What does this have to do with the subject of marriage, you ask?

Tucker is playing the character of Sammy in “The Wedding Singer,” a guitarist in Robbie Hart’s band. Sammy, deep in the midst of all the wedding drama, is doing some wooing of his own and is being given the cold shoulder. That scenario is yet to be played out on stage.

Theater, according to Tucker, is something he found early in life as a way to express himself. He states he has always been a ham in front of a crowd so it only seemed natural to do a play with The Canebrake Players (TCP).

Tucker said the show that really hooked him was “Ramona Quimby,” directed by Jan Wilburn. He said it was a rather inauspicious show, to be sure. It was his character that interested him…he was 12 and cast as a father.

“I remember asking Mrs. Jan, ‘Why did you cast a kid as the dad? There were grown ups who could have done it.'” To which Wilburn replied, “That’s the beauty of theater, Drew! You can be anyone you want to be!”

Tucker states, “That has always stuck with me, and I thank Jan and Buddy Wilburn for the years of hard work and love they poured into the ‘Canebrake Kids.'”

Tucker shared three favorite productions in which he has been involved:

“A Little Night Music” is a German Operetta performed at Shelton State Community College in 2009 and directed by Paul Looney. He had an ensemble role but expressed that the professional scale of the Shelton productions was a great learning environment for him. The coordination of this 50-person cast and crew was truly amazing.

“Joseph and the Amazing Technicolor Dreamcoat” was performed with the Rambling Rose Players in Thomasville in 2010 and directed by Kirk Brooker. Tucker said, “I played the role of Joseph, and this show will always stick out to me as one with an awesome cast. It is always fun to do one of the classics as well.”

“All Shook Up” was performed in the summer of 2008, produced by TCP and directed by Karen Dean. It is a story about a small town that overcomes prejudice and injustice, all while dancing to Elvis music. He played the role of Dean, the mayor’s son who falls in love below his class while on vacation from military school.

When asked why he auditioned for “The Wedding Singer,” Tucker said that he just wanted to do another show. Director Kirk Brooker did not announce the show selection prior to auditions, so that had nothing to do with his decision to participate.

He said the part of him that he taps for action emotion would certainly be his intellect.

“I had an acting professor push us through this one scene from ‘The Glass Menagerie’ for three weeks straight, one after another. Run it again, swap actors, run it again. An endless repetition, it seemed. Finally, one day, as I read my script along with classmates running the scene, I saw it…an unmarked, undocumented pause followed one of the male character’s more awkward lines. I waited my turn and tried not to tip my hand to my professor. When I said the line, I paused for as long as I could…until just as the girl in the scene with me was about to go ahead with her line, thinking I just missed mine. Everyone in the room exploded into laughter at the tension the silence had created. The professor, smiling, made his point. In order to remove my natural emotion and insert my character’s natural emotions on stage, I must first know of what emotions my character is capable.”

He said his love for books could be surprising to some.

“I think something that most people don’t know about me is that I am a huge science-fiction geek,” Tucker said. “I can spend a whole weekend lost in a good book and it literally takes physical contact for someone to bring me back to reality. I have read every published work by J.R.R. Tolkien and his son, Christopher Tolkien. I was even once suspended from middle school for reading my Accelerated Reading book after I got done with a test.”

Tucker/ Sammy’s audience is in for a real treat finding out his advice to “The Wedding Singer” – to marry or not to marry – that is still the question.