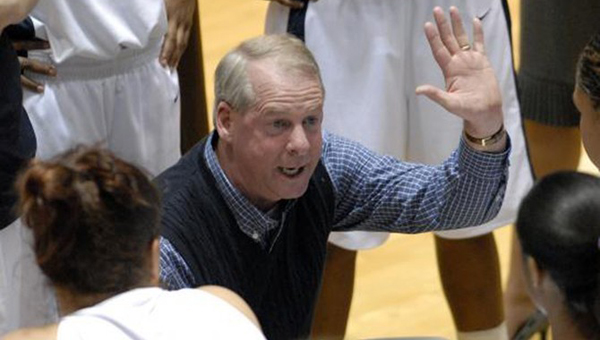 Rusty Cram has been named head women’s basketball coach at the University of West Alabama.

Coaching veteran Rusty Cram has been named head women’s basketball coach at the University of West Alabama, according to an announcement by Director of Athletics Stan Williamson.

“We are pleased to welcome Rusty Cram as the head women’s basketball coach at the University of West Alabama,” Williamson said. “Coach Cram has many years of successful coaching experience at various levels of women’s basketball.

“We believe Coach Cram will bring success to UWA women’s basketball and look forward to his teams competing for Gulf South Conference Championships,” Williamson said. “Coach Cram has family roots in Alabama and we are proud to welcome him back to this state as our newest Tiger.”

“I am certainly excited about this new venture and plan to hit the ground running,” Cram said. “The conference (GSC) doesn’t care if you have a new coach or not. They will have their ears pinned back and we are excited about the challenge.”

“We are bringing a different philosophy to the table, so I am excited to get to meet the young ladies on the team and everyone associated with the program,” Cram said. “We have a lot to do, so I am looking forward to seeing where we are. Thankfully, I have 32 years of experience to fall back on.”

Prior to his stint at Georgia Southern, Cram spent eight years as a high school coach in Alabama and Georgia. He was the boys’ head coach at Evangel Christian Academy in Mobile, Ala., the head boys and girls’ coach at Sam Crow Academy in Oak Grove, La., and the head girls’ coach at Cedar Creek High School in Ruston, La.

He led Evangel Christian to a state title in 1981 and the Cedar Creek girls to a state championship in 1983. From 1983-88, CCHS made four state playoff appearances. Cram led both the boys and girls teams to state final four berths at Sam Crow in 1982 and he girls team won the state crown in 1983.

Earning his Bachelor of Science Degree from Louisiana Tech University in 1985, Cram played two seasons of college basketball at Kilgore (Texas) Junior College. He and his wife, Jana, have two grown sons, Scott and Ryan.