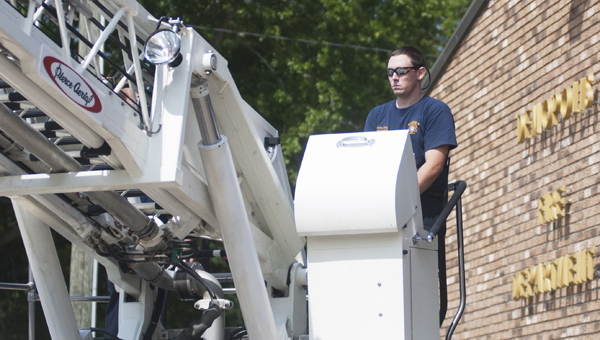 The Demopolis Fire Department, and Demopolis as a whole, improved on its ISO rating, falling just short of being a Class 3 department.

ISO rates communities and fire departments across the country on a 1 to 10 scale, and the lower the number the better the rating. ISO’s Public Protection Classification information plays an important part in the decisions insurers make affecting the underwriting and pricing of property insurance.

DFD Chief Tommy Tate said the department’s points in the system increased from 60 to 68.94. The ISO rating is done every five years. 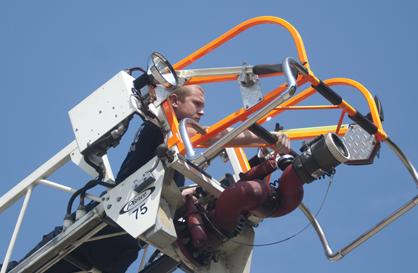 Community risk reduction was a new category in 2014, and Demopolis received 3.26 credits out of a possible 5.5 credits.

Tate added that he wants to improve company and officer training as well as staffing.

“We’re limited in some things, but those things also count against us,” he said. “If we had a larger staff, we could have added a few points to our fire department rating. We’ve hit a lot of the small things, and now we have to focus on some of the larger things to become a Class 3 community.”

Tate said Brooks McCants, general manager of Demopolis Water Works, has done a great job to help increase the rating of the water supply category. He also said Marengo County E-911 did well in their evaluation, which helped increase the score from 2009.

“Overall, we have a very good department with some really good guys,” Tate said. “I’m proud of my guys for what they’ve done to help us improve. We have a good group of well-trained firefighters, and that makes a big difference.”

Tate also said the department works to protect the city and keep the citizens safe.

“We’re here to protect the critical infrastructure,” he said. “We have to make sure a small fire stays a small fire. In addition to that, though, we’re also trying to prevent fires through inspections.”

The department’s ISO rating will be reevaluated again 2019.