London-Davis to wed in September 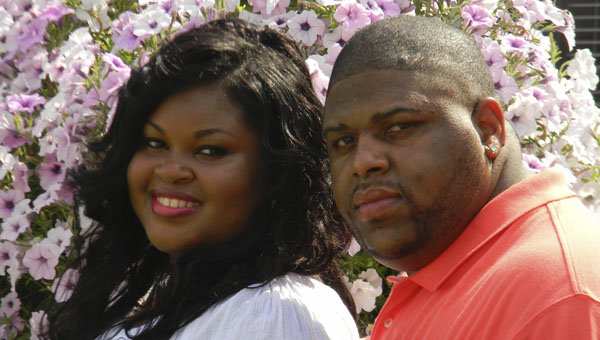 Donald and Doris Richardson of Demopolis announce the engagement of their daughter, Cassie Cantrelle London of Tuscaloosa to Laron Jermaine Davis of Tuscaloosa.

Cassie is the granddaughter of the Rev. Robert McIntosh and the late Olean McIntosh of Linden, and Levonia Marks and the late Robert London of Sweet Water. She is a 2003 graduate of Demopolis High School and a 2007 graduate of the University of Alabama.

He is employed as an engineer at Nucor Steel in Tuscaloosa.

The couple will be married Saturday, Sept. 6 at 5 p.m. at Christian Chapel Baptist Church in Demopolis.