Angela Sanders will be leading the Demopolis Lady Tigers volleyball team onto the court this season as the new head coach.

She coached the Demopolis Middle School team last year and will step up to coach the high school team this year to take over for Blythe Smith. 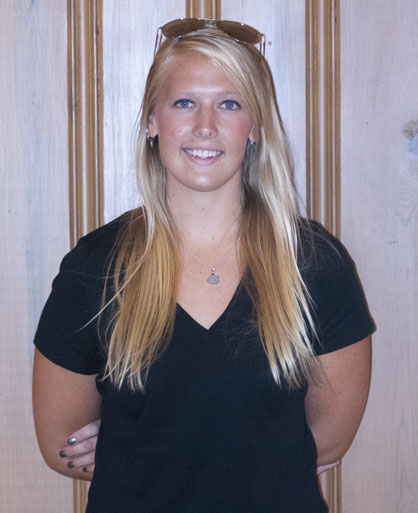 Angela Sanders will start her first year as head coach of the DHS volleyball team this season.

Sanders said she will try to build on the success of Smith’s teams, which won the area two of the last three years.

“I want to help the program take the next step forward,” she said. “I want to continue what Coach Smith started. We’ve got some good athletes that I believe can go somewhere.”

She said when she held tryouts, 80 girls came out for the team. She kept 26 and will have a varsity and a junior varsity team.

“We’ll have 13 girls on varsity and 13 on JV,” she said. “We’ve got a lot of new players this year, but our four seniors have really taken charge and are doing a great job of helping the younger players.”

Sanders said her goal for the team this year is to make it past the first round of the Super Regional, where the Lady Tigers have stumbled in previous years.

“It would be a great accomplishment to make it past that round,” she said. “With our ability, I think we can make a hard push for it.”

Sanders is originally from Katy, Texas, a suburb of Houston. She played volleyball collegiately at UWA from 2010-2012.