Bonner is known for being one of the better pass rushers for Demopolis and was one of the leaders in sacks last season.

The 6-foot-5, 220-pound defensive end said he chose Louisville over Mississippi State and Kentucky because of a July 18 unofficial visit to the campus. 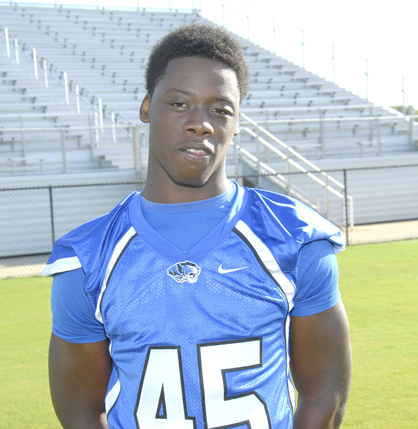 “They’ve been recruiting me for a while, and I when I visited, it felt like home,” he said. “They’ve got the best campus I’ve been on.”

Bonner said he met with Louisville defensive line coach L.D. Scott and really enjoyed his time with him on campus.

“I really liked it up there, and that’s where I want to play ball,” he said. “I was waiting for their offer. They’re a better team…a championship team.”

Bonner said now that he’s committed, his focus will shift to his senior season for the Tigers.

“I want to get better at stopping the run,” he said.

“He’s come a long way,” he said. “He’s really been working on defending the run better and it shows. He’s been big in the pass rush, but where he’s been really valuable is covering kicks. He’s got a lot of length and speed.”

Causey added there are places for Bonner to improve his senior year, and he’s challenged him to work on his leadership skills and defending the run.

Bonner said that at the college level, he will play both defensive end and outside linebacker, depending on the defensive scheme.