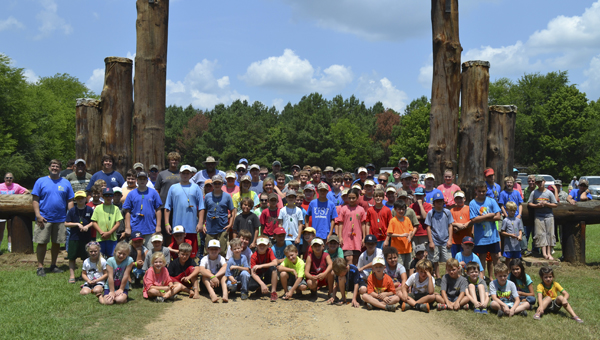 The Army Corps of Engineers welcomed 114 campers for the sixth annual Feathers, Fins and Fur weekend.

The 2014 Feathers, Fins and Fur outdoor weekend at Foscue Park brought out the largest crowd in the program’s six year history.

The U.S. Army Corps of Engineers welcomed 114 children, 80 adults and 40 volunteers to the park for the weekend. USACE Demopolis Site Manager Brandon Smith said this year’s F3 was one of the smoothest there has been so far.

“Everything went really smooth this year,” he said. “Our goal was to have the parents come out with their kids to enjoy the outdoors and to do activities together, and we had nearly a one-to-one ratio. I feel really good about that. Having that many people out here in just a day and a half usually means there are going to be bumps in the road, but this year went really well.”

Returning to the event this year were the raptor demonstration with different birds of prey, as well as a reptile demonstration. Smith and Park Ranger Anne Cross said those demonstrations are popular each year.

The Demopolis Fire Department was also involved in F3 this year. They sprayed water from their ladder truck onto a tarp to make a water slide for the campers to enjoy.

“We’ll definitely have the fire department back next year,” Smith said. “The kids enjoyed them being there and I think they enjoyed it as well. We couldn’t have done the slide without their help.” 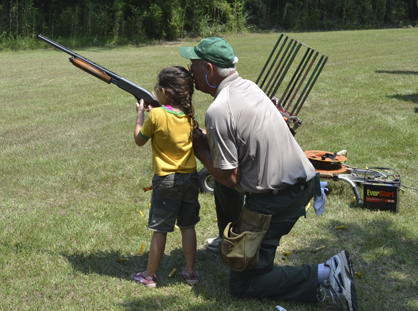 Each year, prizes are given out to children for different things over the weekend. This year, an essay contest was held with the grand prize of a lifetime Alabama hunting and fishing license. Demopolis resident Sara McVay won the contest that was judged by game wardens.

“The essays didn’t have any names on them, and the game wardens weren’t from this area, so we thought it was a fair contest,” Smith said. “We had them write an essay on ‘What does F3 mean to me?'” 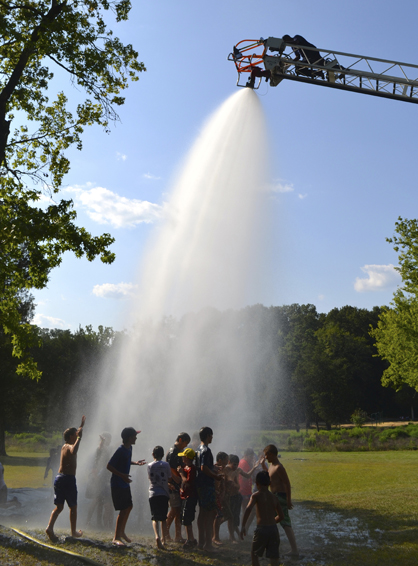 The Demopolis Fire Department supplied water for the water slide.

“We really appreciate what our sponsors give us each year,” Cross said. “We couldn’t do any of this without them. These giveaways and all the demonstrations we have come from the donations of sponsors. The support of the community is really great.”

Smith said the F3 weekend has gained a lot of exposure to people outside of Demopolis.

“More than half of the people that attended were from out of town,” he said. “We hope it continues to grow in and out of the community and becomes a real draw to our area.” 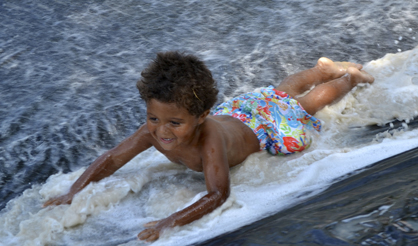 Campers were able to slide down the water slide during the F3 weekend.

He added that they’re already working to come up with new ideas for next summer’s program.