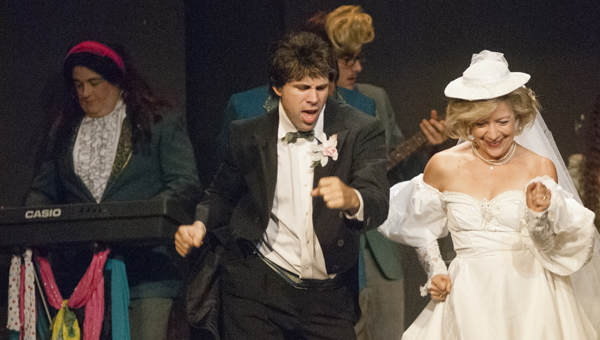 Newlyweds Kirk Brooker and Cyd Johnston dance in the opening number of “The Wedding Singer.”

The Canebrake Players will stage their summer musical “The Wedding Singer” this weekend.

The musical is based off the 1998 Adam Sandler and Drew Barrymore comedy.

The music is original to the show but movie buffs will remember a couple of the songs from the film.

“I wanted an 80s themed musical that was fun,” said director Kirk Brooker. “After perusing several options, ‘The Wedding Singer’ fit what I was looking for.” 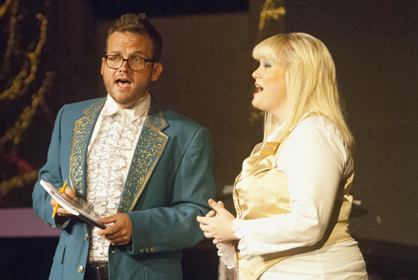 Brooker said he also knew he wanted to feature James Burden, who was cast as Sandler’s character Robbie Hart.

“This was the perfect show and music ,” Brooker said.

The show opened Friday night to a sellout crowd at the Old School on Main. Three performances remain on Saturday and Monday at 7 p.m. and Sunday at 2 p.m. 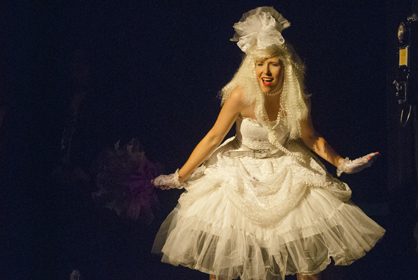 Robbie is left standing at the altar on his own wedding day by Linda (Rebecca Hasty).

Tickets are available at the door and are $10 for adults and $7 for students. 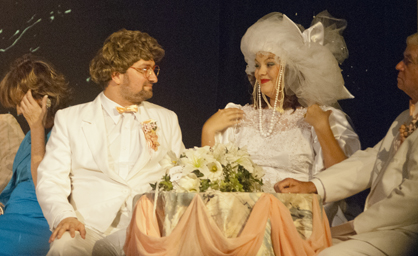 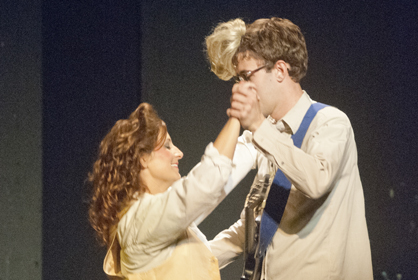