Canebrake kids will hunt ‘Monster in the Closet’ next month 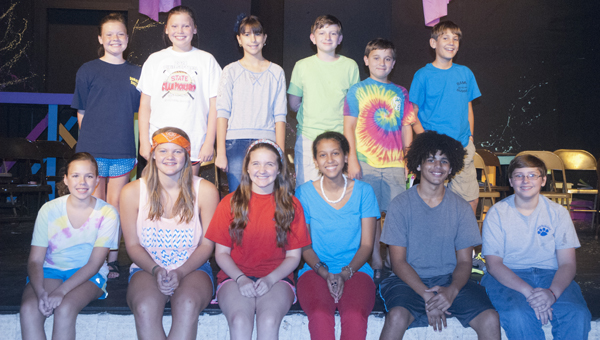 Shown are cast members from the Canebrake Players’ upcoming production of “Monster in the Closet.”

The Canebrake Players’ children’s show is being held a few months earlier than it has been in the past.

The children will perform “Monster in the Closet” on Sept. 11-14 at the Old School on Main Avenue.

Director Jennifer Roemen said moving the play from Christmas on the River to early fall will allow more children to participate.

“Having it at Christmas on the River in past years has made it difficult to bring as many children out as we need,” Roemen said. “They’re so busy in the fall with sports and other school functions, plus anything they’re doing in Christmas on the River, so we decided to move it up this year.”

The cast features 19 children from ages 10 to 18. The story follows a girl whose brother scares her into thinking there is a closet monster —— as it turns out, there really is.

The two groups ending up scaring each other throughout the night before eventually catching the monster.

Roemen said most of the children in the play have been on stage with the Canebrake Players before.

“We have three who are completely new to the stage for this play,” she said. “They’re a heard-working group, and they’ll be focused and ready to get everything finished in time.”

She added that the show brings something for everyone to enjoy.

“It’s something fun, and it has a little bit of a fantasy aspect to it,” she said. “We can get creative with the costumes, and it’s a show that’s relatively easy to get together in a short period of time like this. The show will come alive through the children, not the set or props.”

The cast for “Monster in the Closet” is as follows: