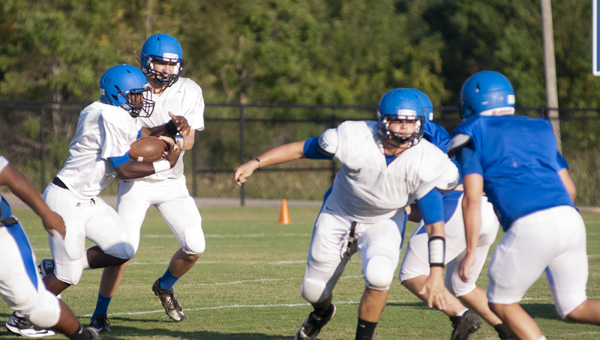 The Demopolis Tigers took the field Thursday night for an intra-squad scrimmage.

DHS head coach Tom Causey said the goal of the scrimmage was to get better as a team.

“We wanted to get better, and we did that,” he said. “I wanted to work on our sideline operation and get the players used to this kind of situation. We had some mistakes, but I’d rather work them out now than next Thursday in the jamboree.”

Newcomers Jayjerrin Craig and Demarcus Johnson both had big plays in the game, but Causey said improvements will have to be made all around.

“We got better on offense and had better continuity and rhythm that we have had,” Causey said. “We had some big runs and big pass plays. We have to get better in every aspect, though. We’re not even close to being ready to play a game.”

Next Thursday, Aug. 21, the Tigers will travel to Tuscaloosa County High School for the jamboree game. Causey said that will be a good test for his players. 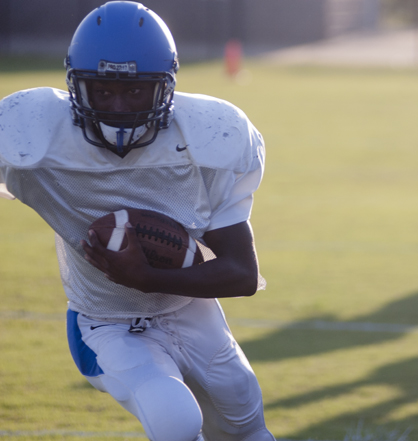 Demetrius Davis breaks a run to the outside for Demopolis on Thursday.

“We’ll get the opportunity to see a high quality, high caliber team next week,” he said. “It’ll help us in being able to see on film where we need to work most. The season won’t wait on us, so we’ve got to get after it and be ready when it gets here.”

“We’ve been practicing for 13 days now, and some guys are losing their legs a little bit, which is to be expected at this point,” he said. “I’m really impressed with the effort of these guys.”